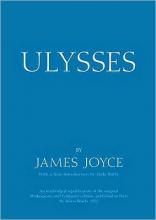 Since its publication in 1922, Ulysses has often been called the greatest novel of the 20th century. Yet it’s also a famously “difficult” book, a reputation that has obscured the entertaining and often highly affecting human story it presents. This course will guide readers through Ulysses' narrative innovations, its debts to Homer and Shakespeare, its historical and biographical contexts, and its dazzling odyssey of styles. Along the way, special emphasis will be paid to the more accessible pleasures of this landmark novel: its vivid characters, its humor, its moving evocations of love and grief, and its climactic affirmation of life itself.

For a sneak preview from Steve Pinkerton, watch this short video.