Women on the Front Lines (Remote) 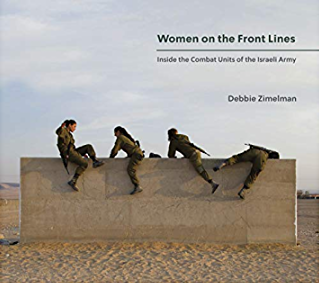 Israel is one of the few countries in the world with mandatory military service for all genders. Although the Equality Amendment to the Military Service Law, passed in 2000, stated that women have equal right to serve in any military capacity, only 4% of Israeli women soldiers serve in combat units. Photographer Debbie Zimelman spent five years photographing and interviewing female soldiers in twenty Israeli army units. The resulting book - Women on the Front Lines: Inside the Combat Units of the Israeli Army - combines color photography and the soldiers’ own words, to offer a glimpse into the experiences, fears, challenges and accomplishments of these barrier-breaking young women. In this talk, Debbie Zimelman will share images and stories from the book, including how she gained access to these elite units. She will be joined by one of the combat soldiers who recently completed her army service, and will share with us some of her personal experiences.