Two years ago, Garrett Weskamp, now a third-year MD student in the School of Medicine, formed a student group focused on providing support for the LGBTQ+ community at the school. 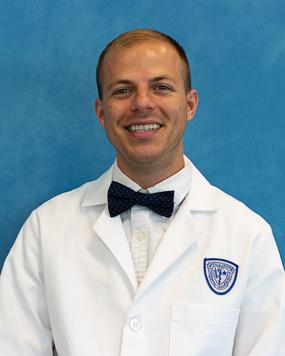 That group, Case Med Pride, was named the 2021 Chapter of the Year by Medical Student Pride Alliance—a network of more than 60 LGBTQ+ student organizations at medical schools across the country. It’s the first such award given by the group.

Under Weskamp’s leadership as co-president, Case Med Pride—which focuses on advocacy, education, mentorship and social activities—hosted several events last year during the COVID-19 pandemic. Members held trivia nights, a drag show via Zoom, a weeklong event for intersex education in Cleveland, a preclinical elective for students to learn about LGBTQ+ health practices, a vigil for transgender people who had recently been victims of violent crime and much more.

“Our group worked extremely hard to continue this work because we all care about it so much,” Weskamp explained. “Even with the pandemic throwing us curveballs, we created some really important programming—almost exclusively virtual—and it was moving to see our work recognized.”

Weskamp said one of the goals of Case Med Pride is to ensure no one forgets about the marginalized and often overlooked groups in society—and group members hope to show that members of the LGBTQ+ community are everywhere, from the biggest cities to the smallest towns.

“For the well-being of this community, it is more important than ever to be culturally sensitive to the needs of this population,” he added. “Our hope is that the group remains active from class to class and that this vital work continues. There is always a need for increased education and awareness of LGBTQ+ people in health care and in the medical school.”