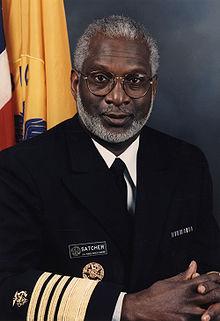 David Satcher, MD, PhD, a 1970 double alumnus, is a former president of Meharry Medical College in Nashville and former director of the Centers for Disease Control and Prevention in Atlanta. He is perhaps best known to the general public, however, for his role as U.S. surgeon general, which he fulfilled from 1998 to 2002. Today, he directs the National Center for Primary Care at the Morehouse School of Medicine in Atlanta, which opened in the fall of 2002.