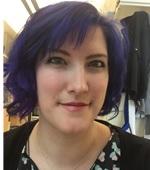 I am originally from Kenosha, Wisconsin. From a young age, I have been interested in the sciences. From doing simple science experiments at home to visiting museums and science centers, I could not get enough. In high school I graduated with nearly double the required science credits, and I attended University of Wisconsin – La Crosse, earning BS degrees in both Molecular Biology and Biochemistry. During the summer of my sophomore year, I attended Cornell University Summer Intern Research Program, working for three months in the Klessig Lab. My undergraduate classes inspired me want to share science with others, and this research internship started my passion for research. I attended Washington State University, earning my PhD in the Hunzicker – Dunn Lab. There I studied reproductive signaling, specifically, the signaling that is required within the ovary in response to hormones that promote ovulation of the oocyte.