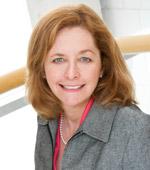 For more than 17 years, my research has focused on the genomic and signaling mechanisms that control mammary gland development and cancer. As reflected by my position as a member of the steering committee for the Gene Expression and Genotyping Core Facility at CWRU, I have significant expertise in the acquisition and use of gene expression profiling data to identify novel factors that may control the phenotypes of breast cancer cells.  This has involved generating and using data from cell lines and genetically manipulated mouse models of breast cancer as well as evaluation of publicly available human breast cancer array data. I have designed and used mouse models of disease throughout my research career, including assessing the efficacy of therapeutic agents such as vitamin D analogs, rapamycin, and dasatinib in mammary cancer models. I also have significant experience assessing drug synergy, in vitro and in vivo. My laboratory extensively uses xenograft models of breast cancer. We also have expertise in the analysis of proliferation and apoptosis, migration and invasion, centrosome defects and genomic instability, and gene-specific chromatin immunoprecipitation as well as immunohistochemistry of mouse and human tissues. As a result, we have unrivaled capacity to examine the functional significance of pathways and drugs targeting those pathways in mammary development and cancer. Underscoring this ability, I was the co-leader of the Breast Cancer Program-in-Development in the Case Comprehensive Cancer Center (Case CCC) before becoming its Associate Director for Basic Research. I also have significant expertise in Pharmacology, having earned my doctoral in this field and currently being the Vice Chair of the Department of Pharmacology at CWRU. I was recently awarded the Garvin and Frackelton Professor of Cancer Research at CWRU.

I grew up in an Appalachian community in rural Pennsylvania and, with grants and scholarships, attended Edinboro University of Pennsylvania (not the University of Edinburgh in Scotland), earning a BA in chemistry. I became a Research Assistant in the Department of Pharmacology at CWRU and have been here ever since. I received outstanding mentorship from John Nilson and have held every position in the Department other than being Chair (watch out Kris!), including Research Assistant, Graduate Student, Post-doctoral Fellow, Instructor, Assistant, Associate and Full Professor and am currently a Vice Chair of the Department. I am also the Associate Director for Basic Research in the Case Comprehensive Cancer Center. My research trajectory began with identifying the basic mechanisms of gene regulation in reproductive biology, specifically the glycoprotein hormones in the pituitary. After a brief stint identifying the role of luteinizing hormone in contributing to granulosa cell tumors of the ovary, I moved into discerning mechanisms underlying breast development and cancer and have been in this field for nearly 20 years. I have many interests in science, but my core foci are transcriptional and intracellular signaling control of cell states. I am also strongly committed to training the next generation of scientists, particularly those from underserved backgrounds. My mantra is to never give up. If you work hard enough and smart enough, you will be successful!

"I wish I was the full moon shining off a Camaro's hood..." Pearl Jam