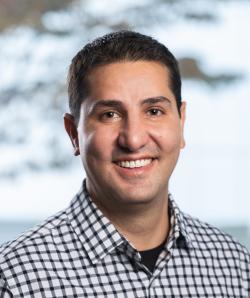 Our group studies the role of long non-coding RNAs (lncRNAs) in human health and disease. We specifically focus on the role of lncRNAs in regulating the epigenome, and consequently, gene expression. Many lncRNAs become dysregulated in human disease, providing novel biomarkers and therapeutic targets.

These studies suggested that lincRNAs play a critical role in regulating gene expression, and may play critical roles in human biology. Indeed, lincRNAs have been, thus far, implicated in dosage compensation, genomic imprinting, alternative splicing of pre-mRNAs, nuclear organization and nuclear-cytoplasmic trafficking (Moran et al., 2012). Also, the dysregulation of lincRNAs have been observed in many human diseases and disorders including cancer and neurological disorders, suggesting that lincRNAs could be utilized as biomarkers or drug targets (Niland et al., 2012). My lab is currently focusing on elucidating the mechanisms by which lincRNAs exert their effects.