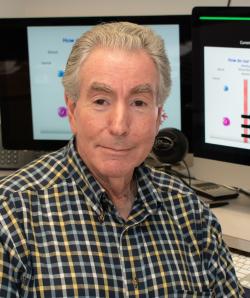 Dr. Silver is a recipient of several prestigious awards. In 2003, he was awarded the Ameritec Prize for significant accomplishments toward a cure for paralysis. This prize was established in 1987 specifically to recognize scientists whose research advances the search towards a cure for paralysis. In 2003 he was also honored with the Christopher Reeve-Joan Irvine Research Medal (The Reeve-Irvine Medal) for critical contributions that may lead to the promotion of repair of the damaged spinal cord. The prize acknowledges the most meritorious science; a proven body of work that has withstood the test of time and scrutiny; as well as other enriching contributions to the field. In 2004 Dr. Silver received a Jacob Javits Neuroscience Investigator Award for his long-standing grant entitled, “Factors affecting regeneration through the glial scar.” This is a highly prestigious award that recognizes a select group of NIH grantees who have made seminal contributions to their field of neuroscience, have contributed exemplary service to the NIH, and who show great promise for continuing their cutting edge research well into the future. Dr. Silver was named the recipient of the 2008 Erica Nader Award, which is given through the American Spinal Injury Association (ASIA). The award honors “breakthrough research in the field of spinal cord injury”. In 2011, he was honored to become a fellow of the American Association for the Advancement of Science (AAAS).

Dr. Silver has served on a number of editorial boards including the journals Glia, The Journal of Neurocytology, Developmental Neurobiology, The Journal of Neuroscience and Experimental Neurology (where he is a Section Editor). He regularly reviews articles for over 35 high impact journals and he reviews grants for 18 national and international organizations. He has served on a variety of NIH study sections since 1982 including the Neurobiology Review Group, Neurology B2, The Visual Sciences C Study Section, and the Clinical Neurology, Neurotransmitters and Transplantation Study Section. He has been appointed as a regular member of the Scientific Advisory Council of the Christopher Reeve Foundation and of the Scientific Board of the International Spinal Research Trust (England). He has served as lead or senior author on more than 160 publications.

The ultimate goal of the Silver lab is to understand the basic biology that underlies axonal dieback and regeneration failure in the adult spinal cord and then use this knowledge to develop strategies to maximally overcome the lack of regeneration after both incomplete and complete cord injury in order to promote functional repair. Although highly controversial from its inception, the Silver lab was one of the very first to suggest that overtly growth-repulsive environments, whose function was to actively turn axons away from improper trajectories during embryogenesis, might reappear in the injured CNS and block the attempt of severed axons to re-grow.

One of the most interesting families of inhibitory extracellular matrix molecules, the lectican family of sulfated proteoglycans and, in particular, the chondroitin sulfate proteoglycans (CSPGs), were first discovered by the Silver lab in the early 1990’s to be involved in creating such developmental as well as regenerative glial boundaries. But why did axons in the embryo turn away from CSPGs but in the adult after injury become entrapped within substrates occupied by proteoglycans? Nearly two decades after CSPGs had first been implicated in regeneration failure, the Silver lab was a major collaborator in the discovery of the first neuronal receptors for CSPGs that bind specifically to the sugar chains of proteoglycans and mediate the newly appreciated entrapment phenomenon. Indeed, two members of the pro-synaptic, LAR family of receptor protein tyrosine phosphatases which up-regulate in growth cones when they encounter proteoglycan gradients are the major receptors on neurons that are involved with the overly adhesive properties of this family of ECM inhibitors.

The lab has now generated small peptides, administered simply by sub-cutaneous injection, that block these receptors on damaged neurons in the moderately contused spinal cord thereby releasing axons from proteoglycan mediated entrapment. Behavioral recovery in partially paralyzed models particularly after administration of the peptide that blocks the sigma (RPTPσ) member of this receptor family is especially impressive, presenting a potential new avenue of non-invasive treatment for paralysis. In addition, the lab has now demonstrated that systemic delivery of the peptide has strong efficacy in promoting regeneration and functional recovery in a wide variety of conditions such as following ischemic heart attack and peripheral nerve avulsion injury where proteoglycans within scar tissue block nerve regeneration.

There are many individuals who have complete, gaping lesions of the spinal cord with no function below the level of injury. Are there strategies that can help build a regeneration bridge across the gap? An especially exciting development is our recent demonstration that combining the classical use of segments of autologous peripheral nerves as “bridges” to bypass a hemisection lesion of the adult spinal cord combined with inhibitory matrix modification via chondroitinase or LAR blocking peptides at the PNS/CNS interfaces, allows regenerating axons to exit the bridge, form functional synapses, and restore useful movement to the once completely paralyzed forelimb as well as remarkably robust functional recovery to the hemidiaphragm. The lab is now showing for the first time that a novel modification of this strategy in a complete thoracic transection injury model and with the further addition of the trophic factor FGF can allow for an unprecedented amount of regeneration of certain brainstem neurons well past the graft site all the way to lumbo-sacral levels with restoration of near normal bladder control.

The labs research strategy shows clearly, for the first time, that long distance regeneration, with appropriate re-formation of functional connections, can be achieved in the adult after catastrophic spinal cord injury providing real hope that we are now entering an era where strategies for providing functional benefit in models of spinal cord injury are sufficiently robust that there should be optimism for translational success. Many other labs around the world are now showing with the use of a variety of proteoglycan or proteoglycan receptor modifying techniques, coupled with various other strategies for enhancing the intrinsic growth response of neurons, that such combinatorial strategies can foster a good measure of functional plasticity as well as frank regeneration in a wide variety of CNS injury models.