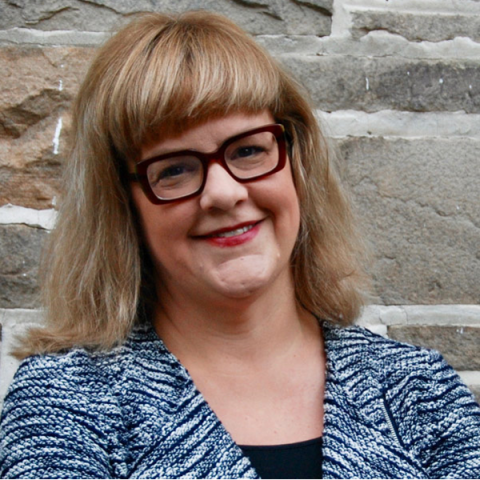 Now Broihier has yet another reason for gratitude—she just won a major National Institutes of Health (NIH) honor for outstanding mentorship. Its name? The Landis Award.

According to current neurosciences department chair Lin Mei, no one deserves the honor more than Broihier. It’s not just that her doctoral students land prestigious positions at places like Vanderbilt and Johns Hopkins universities. Or that she makes sure they have the chance to co-author publications in the field’s leading journals. It’s that she recognizes all of the skills and knowledge necessary for her students to thrive as scientists—and helps them understand the importance of every one.

“She shows them how to do science: the importance of trusting the results of their own experiments and of not worrying too much about what someone else has thought before and what the textbook states,” Mei wrote in Broihier’s nomination letter, adding that her guidance extends well beyond making them technically proficient. “[Each becomes] a critical thinker, public speaker, and writer.”

Broihier sees her efforts as extending the impact of the people whose mentoring made a monumental difference to her, among them Ruth Lehmann, her doctoral adviser at the Massachusetts Institute of Technology, Jim Skeath, her postdoctoral adviser at Washington University, and Landmesser, the chair who took a chance on a researcher with training in biology and genetics seeking a faculty position in neurosciences. In coming to Case Western Reserve, however, Broihier not only found a near-perfect place to pursue developmental neurobiology, but also one with its own strong tradition of mentoring.

“Great mentors make all the difference,” Broihier wrote in the mentorship statement required for Landis consideration. “I know because I have had them.”

“I admire her unique ability to tailor her training to meet the needs of each of her students,” McLaughin explained. “She absolutely deserves this award, and I am incredibly thankful that I had the opportunity to work with her.”

After founding the neurosciences department at Case Western Reserve, Landis went to the the NIH in 1995 to become scientific director for the National Institute of Neurological Disorders and Stroke (NINDS). In 2003, she became the institute’s director, and soon after became a founding co-chair of the NIH Blueprint for Neuroscience Research, whose goal was and is to encourage brain sciences activities that cross multiple NIH institutes. She later played a key role in the 2014 launch of the federal BRAIN (Brain Research through Advancing Innovative Neurotechnologies) Initiative, which through 2018 has invested more than $950 million to hundreds of researchers nationwide.

NIH Director Francis Collins described Landis as a “superstar,” one of the agency’s “true giants,” and a “towering intellect” in his letter announcing her retirement five years ago. But when it came time to designate an award in her honor, mentoring was an obvious choice. “An extraordinary individual mentor,” the agency explained in announcing the award last year. “Dr. Landis generously provided her time and energy to support countless scientific investigators…”

The Landis Award is given annually to up to five researchers. It includes a $100,000 supplement to an existing NINDS award, which Broihier will use to support her trainees and perhaps add to their number.