Cleveland is located on the southern shore of Lake Erie and along with its suburbs has a population of more than 2 million. The greater Cleveland area houses corporate headquarters for American Greetings, Goodyear and other large manufacturing firms. NASA operates a major research facility here and emerging high technology fields including polymers and biomedical sciences are well represented.  The Global Center for Health Innovation opened in October of 2013.   Conventions and tourism contribute almost 4 billion dollars to the local economy annually. Major development of downtown and the lakefront area has revitalized the city. Family opportunities abound in Cleveland with diverse industrial, commercial and service economy providing spouses and significant others a broad range of employment options. There are also rich educational resources with several colleges and universities in the Greater Cleveland area offering graduate and undergraduate programs in numerous fields. 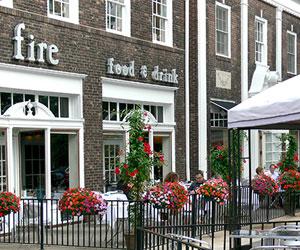 The Cleveland area boasts abundant affordable housing for both rental and purchase.   On the east side of town, the residential communities of Cleveland Heights, University Heights and Shaker Heights are within easy walking, driving or bicycling distance of UHC and University Circle’s education and cultural institutions.  There is an extensive transit system including a light rail service (“Rapid Transit”) from both eastern and western suburbs to downtown and the airport. 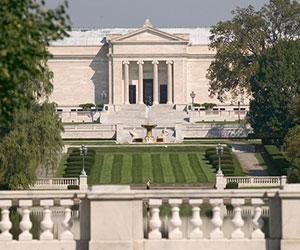 University Circle is a 550 acre park-like campus shared by multiple educational, cultural, artistic, healthcare and social organizations. Located within University Circle is the Cleveland Museum of Art, one of the nation’s finest and highly endowed art museums. The Cleveland Natural History Museum houses the world’s largest collection of human and primate skeletons. The Crawford Auto Aviation Museum has the best collection of pre-1920 automobiles in existence. The Western Reserve Historical Society offers diverse displays on the culture and history of the city. The Cleveland Botanical Garden is an oasis exhibiting more than 3,000 plants and refuge from the hustle and bustle of daily life. All of these are conveniently located in University Circle within easy walking distance. 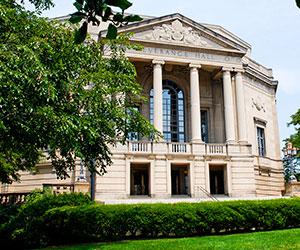 Cleveland is home to the renowned Cleveland Orchestra located across the street from UHC in Severance Hall which is a recognized acoustic masterpiece. The downtown Playhouse Square Center is the site of the largest theater restoration project in the country. A three-theater complex has been restored to its original 1920’s elegance, making it the third largest theater district in the country. The State Theater in this complex is home to the Cleveland opera. Broadway musicals will play at the Palace Theater while the Ohio Theater is home to the Great Lakes Theater Company. The Cleveland Playhouse is the oldest non-profit professional theater in America. 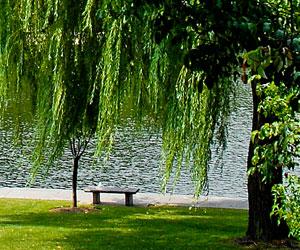 An “Emerald Necklace” of over 19,000 acres of parkland surrounds the county and is operated by the Cleveland MetroParks System. This offers scenic footpaths, hiking and biking trails, picnic areas, fishing, five nature interpretive areas, more than 800 miles of bridle trails with three stables and six golf courses. In winter, there is skiing, tobogganing, snowmobiling and ice-skating. The Cuyahoga Valley National Recreational Area provides an additional 33,000 areas of recreational opportunities including skiing, sledding, tobogganing, snowmobiling and bike trails along the C & O Canal. 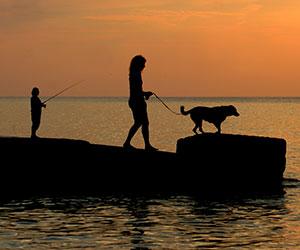 Lake Erie offers exciting opportunities in boating, fishing, swimming and other water sports.  Cleveland has more lakeshore than any other metropolitan area in the world and more yacht clubs than San Diego. There is also a multitude of inland lakes available for water activities and picnics. Scores of wineries, caves, campgrounds and beaches wait to be explored. 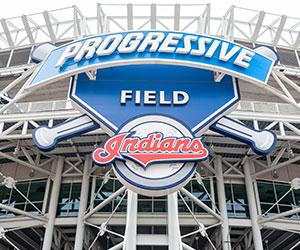 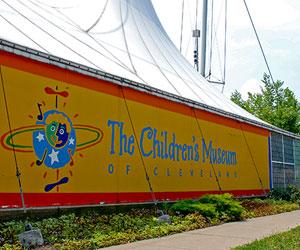 Family entertainment is plentiful and easily accessible. The Cleveland MetroParks Zoo has over 3,300 animals on display along with a state-of-the-art tropical rainforest and wolf exhibits. In nearby Lake County, a short drive from the eastern suburbs, is the Lake Farm Park. The Cleveland Children’s Museum is a unique facility encouraging hands on exploration by kids. Large amusement parks, including Cedar Point, are within an easy drive. The banks of the Cuyahoga River, where iron ore and steel corporations once thrived, harbors a thriving entertainment district known as the Flats with more than thirty waterfront restaurants, nightclubs and the Nautica Entertainment Complex featuring a 4,000 seat outdoor amphitheater. The newly constructed Great Lakes Science Center provides interesting opportunities for families.

Rock-n-Roll and Other Music 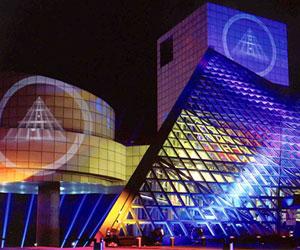 In the city where “Rock and Roll” originated, Cleveland offers a concert schedule with nearly 200 rock and pop concerts a year. Countless nightspots feature live entertainment for every taste. Cleveland is the site of the Rock and Roll Hall of Fame Museum.

For more information on Cleveland, check out: thisiscleveland.com/