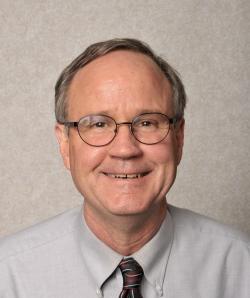 Thomas W. Prior is director of the Molecular Genetics Laboratory at the University Hospitals Center for Human Genetics and a professor at Case Western Reserve University.  He is also the Program Director of the American College of Graduate Medical Education Laboratory Genetics and Genomics Fellowship Program. Dr. Prior holds an American Board of Medical Genetics and Genomics certification in Clinical Molecular Genetics. Prior to his appointment at Case Western Reserve, he served as the director of Molecular Pathology Laboratory at The Ohio State University. Dr. Prior received his PhD from the Medical College of Virginia and trained as a postdoctoral fellow at the University of North Carolina.

Dr. Prior has a longstanding research interest in the genetics of neuromuscular disorders, specifically in clinical applications and mutation detection. Dr. Prior has been most recently involved in the genetic disorder, spinal muscular atrophy (SMA): in both population carrier and newborn screening projects for SMA and in determining the role of the SMN2 gene and other gene modifiers in effecting the disease phenotype.