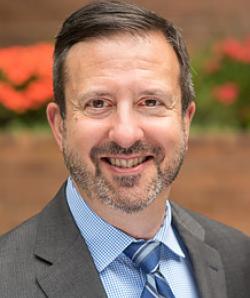 Before coming to Case Western Reserve, Pollis practiced law for 18 years in the litigation department of the Cleveland-based law firm of Hahn Loeser & Parks LLP. In private practice he focused extensively on appellate and commercial litigation. He has argued in numerous state and federal appellate courts across the country and has had two cases in the United States Supreme Court. He also has extensive trial experience, amassing verdicts totaling over $560 million since 2003, as well as experience in class-action litigation on the defense side.

Pollis is certified by the Ohio State Bar Association as an appellate-law specialist. He lectures frequently on appellate-law issues and co-authored (with Judge Mark Painter) the last six editions of Ohio Appellate Practice (Thomson/West).

Pollis has published articles on issues of appellate jurisdiction and juror inference drawing. His articles have been published in Fordham Law Review, Florida Law Review, Boston College Law Review, and George Washington Law Review. He discusses one of his articles in this video.

Pollis teaches in the Civil Litigation Clinic in the Milton A. Kramer Law Clinic Center, hearkening back to his roots as a law student at the Harvard Legal Aid Bureau. In 2011, Pollis supervised two Clinic students who conducted a jury trial and won a $1.1 million verdict. He has supervised several students on appellate matters involving the rights of low-income individuals, including a 2014 petition to the Ohio Supreme Court in a case involving attorney-fee awards in pro bono cases. Pollis also coordinates the Appellate Practice program and serves as a faculty advisor to moot-court teams.