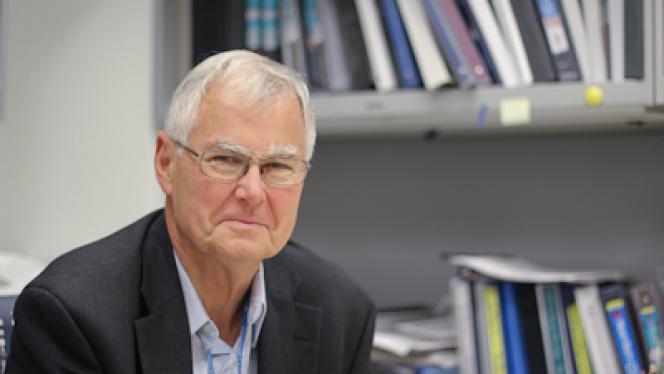 Please consider making a gift to this fund. With your help, we can sustain our tribute to Dr. Hoppel, while continuing our fight against mitochondrial diseases!

Contribute to Our Fund
Nominations

The Charles L. Hoppel, MD Endowment in Mitochondrial Biology has been established to honor Dr. Hoppel's service to the School of Medicine and his outstanding career in mitochondrial biology as a researcher, educator, and mentor. On an annual basis the endowment supports:

Dr. Hoppel has been a faculty member at the School of Medicine for 50 years. His passion for scientific research is matched only by his compassion for others, as evidenced by his affinity for patient care and career-long dedication to mentoring medical and graduate students. He embodies the mission of the School of Medicine, which seeks to provide excellence in medical education, advance discoveries from laboratories to patients, and improve the health of our community.

Congratulations to the 2019 Hoppel Prize Recipient!

Congratulations to the 2018 Hoppel Prize and Award Recipient!

Congratulations to the 2017 Hoppel Prize and Award Recipients!

“I strongly believe that the endowment will catalyze advancements in the field of mitochondrial biology, bring greater attention to the work being done at the School of Medicine, and most importantly, represent a lasting tribute to the work that Chuck has done, and continues to do, as a research scientist and mentor.”