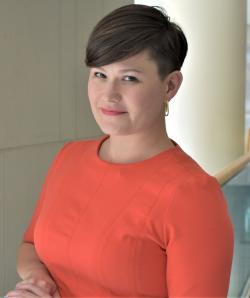 Dr. Jessica Cooke Bailey’s research has focused on applying sophisticated statistical methods to understand the genetic basis of glaucoma and age-related macular degeneration in European Americans, including the Amish. Dr. Cooke Bailey is now expanding her work to harness the power of electronic health record (EHR) data coupled with genomics and other “omics” data to understand why African Americans are at increased risk for glaucoma compared with other populations. Understanding glaucoma risk factors will begin to address health disparities with the goal of informing treatment options.

A Data-Driven Introduction to Genomics and Human Health

Moving beyond the knowledge we have gained from extensive genome-wide association studies and mega meta-analyses primarily in populations of European descent, the research of Team Cooke Bailey will integrate trans-ethnic genomic and health data to dissect the genomic and environmental aspects of glaucoma.

Our overall research goal is to better understand the complexity of POAG risk by assessing differences across ethnic groups to illuminate undetected genetic and non-genetic mediators. In addition we aim to: