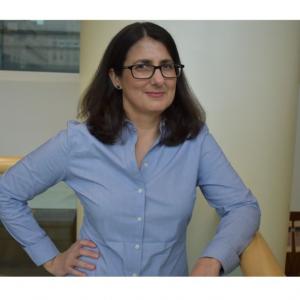 Dana Crawford, PhD, has been named a fellow of the American Association for the Advancement of Science (AAAS).  Crawford is a professor with the Department of Population and Quantitative Health Sciences and associate director of Population and Diversity Research with the Cleveland Institute of Computational Biology.

The 2020 AAAS Fellows were formally announced in the journal Science in late November, and a virtual induction ceremony for the new fellows is planned for mid-February 2021.

Crawford was selected in the fellowship category of the biological sciences and joins CWRU’s Joy K. Ward, PhD, among this year’s AAAS named fellows. Ward is an evolutionary biologist and climate scientist who recently became dean of the CWRU College of Arts and Sciences.

The AAAS notes that Crawford was selected for “distinguished contributions in pioneering phenome-wide association studies and in developing and leading genetic studies in under-represented minority populations.”

As a genetic epi­demi­ol­o­gist, Crawford’s research inter­ests include apply­ing genetic vari­a­tion data to large-scale epi­demi­o­logic and clin­i­cal cohorts to bet­ter under­stand human genotype-phenotype asso­ci­a­tions with an empha­sis on diverse populations.

“I am honored to be recognized alongside past and current AAAS fellows for my work in human genetics—especially because the work emphasizes population diversity,” she said. “The scientific community is acutely aware of the need to include as many groups as possible in studies, and my colleagues and I are actively working in this area to ensure genetic and genomic findings are relevant to all and not just a few.”

She was named a Fellow by the Kavli Foundation and National Academy of Sciences for three consecutive years (2012, 2013, 2014), an honor that recognizes young scientists who are considered leaders in their fields and have made significant contributions to science. She has published more than 175 peer-reviewed scientific manuscripts and is a member of the Board of Directors and chair of the Diversity and Inclusion Task Force of the American Society of Human Genetics.

The tradition of AAAS Fellows began in 1874.  Fellows must have been continuous members of AAAS for four years by the end of the calendar year in which they are elected. The AAAS Fellow honor comes with an expectation that recipients maintain the highest standards of professional ethics and scientific integrity.

Read the full story, including background on CWRU colleague Joy K. WARD in The Daily.