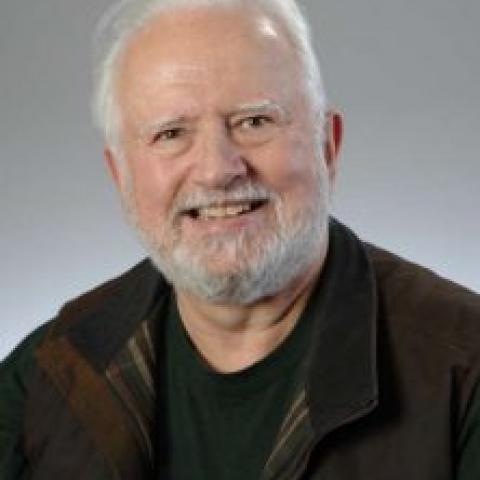 Stuart Youngner first came to Case Western Reserve University in 1966 to attend medical school. He loved it so much, he decided to stay.

After decades of teaching and sustained contributions to the evolution of bioethics knowledge and approaches in Cleveland and beyond, Youngner retired in July from his position as professor of bioethics and psychiatry at the School of Medicine.

Youngner is a nationally and internationally recognized scholar in biomedical ethics and has published and spoken on topics such as decisions to limit life-sustaining treatment, ethics committees, physician-assisted suicide and advance directives. He’s also contributed to understandings of the definitions of death, clinical ethics, and ethical issues in organ and tissue retrieval and transplantation.

He was one of the founding members of CWRU’s Center for Biomedical Ethics when it was first established in the 1980s. Upon succeeding Tom Murray, PhD, as permanent director of the center in 2000, Youngner quickly moved to transform the center to a department in 2002 within the basic sciences departments of the medical school. With this switch came lines of appointment, promotion, and tenure, and full standing within CWRU’s School of Medicine—thus affording bioethics at CWRU a level of institutional prominence arguably unparalleled anywhere else in the U.S. at that time.

The professor emeritus has published 125 articles in peer-reviewed scholarly journals, in addition to being the editor or co-editor of nine books—including “The Definition of Death: Contemporary Controversies” (Johns Hopkins University Press). His latest book, “The Oxford Handbook on Death and Dying,” was published by Oxford University Press in 2016.

“I was a psychiatrist and became interested in the psychosocial aspects of care when the first intensive care units opened in the early 1970s,” Youngner noted. “I was there when the first decisions about stopping life-sustaining treatment arose. That got me started in bioethics.”

Throughout his career, Youngner has actively engaged with policy-making bodies at the local, regional, national and international levels—affording him the opportunity to shape the ethics of clinical practice. And, he’s been able to shape the minds of several generations of doctors.

His favorite class to teach over the years? One on death, dying and euthanasia—a short-term study abroad course he taught to medical students visiting Amsterdam. The Netherlands’ capital happens to be at the heart of the issue of physician-assisted death, and it’s Youngner’s favorite city in Europe, so he was able to combine many of his interests.

“Physician-assisted death has been studied there the most,” he explained. “Part of the course was learning about Dutch culture and how they handle problems differently than we do here. It was sort of an immersive class—as much as it could be. It’s a wonderful experience as a teacher to watch your students get excited to learn.”

Since retiring this summer, Youngner has been taking it easy. He’s golfing, reading and enjoying not having a lot of responsibility. However, he’s still working a bit, giving lectures every now and then. To learn more about Youngner, visit his staff biography page. To learn more about Case Western Reserve University’s Department of Bioethics, visit the department website.