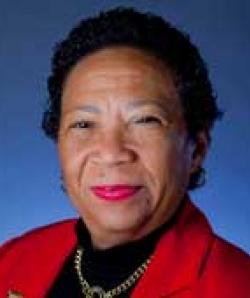 Linda Burnes Bolton is system chief nurse executive, vice president for nursing, chief nursing officer and director of nursing research at Cedars-Sinai Medical Center in Los Angeles, California. She is one of the principal investigators at the Cedars-Sinai Burns & Allen Research Institute.

Dr. Burnes Bolton is a past president of the American Academy of Nursing, National Black Nurses Association and the American Organization of Nurse Executives. She was appointed to the National Academy of Medicine in 2015.