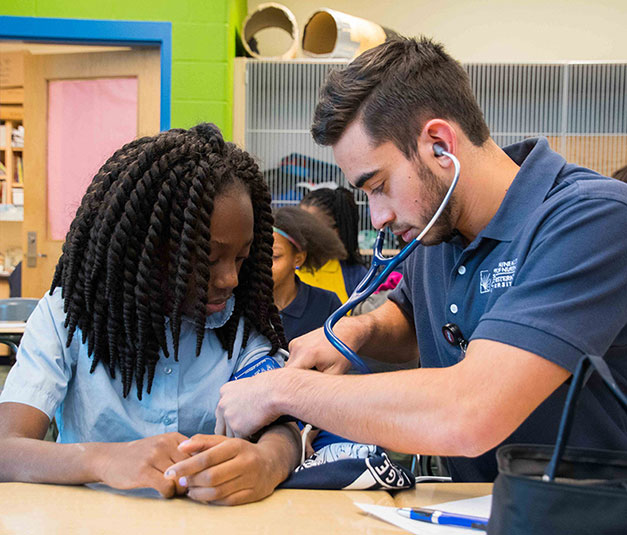 The Frances Payne Bolton School of Nursing at Case Western Reserve University has created the Partners in Health Lead Screening Project to screen children in the Cleveland City Schools for exposure to lead poisoning. The school has partnered with key community stakeholders, including the City of Cleveland, the MetroHealth School Health Program and the Cleveland Metropolitan School District.

The lead poisoning epidemic is a serious public health issue that has gone unchecked for far too long. Lead levels for children in Cleveland are among the highest in the nation. On average, 13 percent of children in Cleveland have elevated lead levels; some neighborhoods see rates as high as 25 percent. With what we now know about the effects of lead poisoning, it is imperative that action is taken immediately to ensure that children are no longer being unknowingly poisoned in their own home.

The Partners in Health Lead Screening project will provide lead testing and follow-up services for children in the Pre-K and Kindergarten programs of the Cleveland Metropolitan School District. The project, in its pilot year, will screen children in four schools in the spring of 2018. The number of participating schools will increase each year as resources allow.

Flint Is in the News, but Lead Poisoning Is Even Worse in Cleveland
Read more from The New York Times