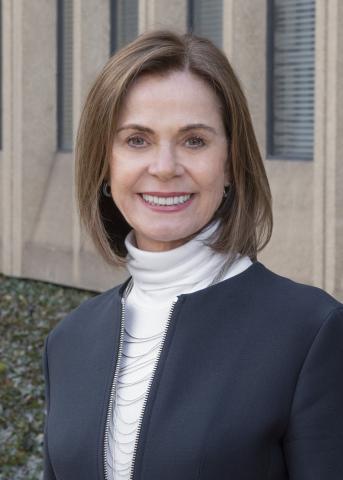 Marian Shaughnessy said the concept for the new academy originated in a “future of nursing” letter she wrote in 2013 for a class taught by Joyce J. Fitzpatrick, the Elizabeth Brooks Ford Professor in Nursing and former dean of the Frances Payne Bolton School of Nursing. She wrote, “Now, more than ever, nurses must seize the opportunity to be, not just facilitators of health care, but rather leaders in their own right.”

Since then, student and teacher have become colleagues.  Together, Drs. Shaughnessy and Fitzpatrick have further developed her concept into the game-changing Marian K. Shaughnessy Nurse Leadership Academy.

Marian K. Shaughnessy, DNP, MSN, RN is an educator, administrator and community leader. A double alumna of the Frances Payne Bolton School of Nursing at Case Western Reserve University, she currently serves on the Board of Directors of University Hospitals Cleveland Medical Center and the Board of Trustees for the American Nurse Foundation.

Her husband Michael is the founder and former president of Color Matrix. He also serves on numerous boards including trustee and board member for Notre Dame College, the Western Reserve Land Conservancy, the Catholic Diocese of Cleveland among others.