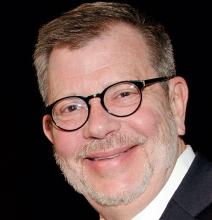 Case Western Reserve Board Chair Fred DiSanto announced today that the trustees have selected former University of Minnesota President Eric W. Kaler to lead the institution as of July 1, 2021.

“Our university’s growing momentum attracted an exceptional pool of candidates,” DiSanto said. “But Eric’s unique combination of intellect, accomplishments and authenticity ultimately made him our unanimous choice to become Case Western Reserve’s next president.”

An accomplished chemical engineer known for his affinity for metrics, Kaler led the University of Minnesota—known there as “the U”—to unprecedented growth in research, fundraising and graduation rates.

When he stepped down as president in 2019, Kaler told a reporter it would be difficult to leave the area. Not only was he an alumnus of the university, but also he and his wife, Karen, had come to love the community during the past eight years. As he learned more about Case Western Reserve’s strengths, however, Kaler became increasingly intrigued. And after engaging at length with the search committee, he felt a match between the university’s current needs and his own skills and experiences.

“There is a tremendous fit,” Kaler said, noting his work in elevating research, collaborating with hospital systems, and encouraging entrepreneurship, among other areas. “Once I looked, I got more excited... [and thought] I’m really made for this job.”

Between Kaler’s first and last year as president, the University of Minnesota’s research expenditures climbed from $749.1 million to $1.013 billion—an increase of 35%. During that same period, business and industry research funding climbed from $55.2 million to $81.6 million, just under 48%.

Part of the research progress emerged through a state partnership Kaler pitched to the legislature at the beginning of his second year. Known as MnDRIVE (Minnesota Discovery, Research and InnoVation Economy), the program initially sent $18 million in annual state funding to U of M research areas that aligned with industry needs and statewide challenges. Topics included robotics and advanced manufacturing, the environment, treatments for brain conditions and, later, a statewide clinical trials network for cancer (which added $4 million per year to the allocation).

Read the Full Article in The Daily