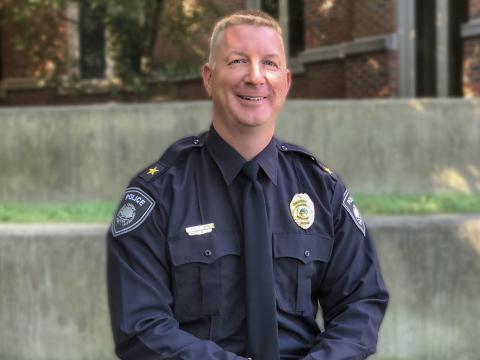 Paul Owens was named Case Western Reserve University's Interim Chief in March of 2022. His police career began in 2006 as part of the initial police department. Since then, Owens has advanced through the ranks, serving as a corporal, training sergeant, sergeant and lieutenant.

During his leadership tenure, he has been working to re-energize the police and security department and advance the reputation as a respected department through training, discipline, accountability, and stimulating creativity and growth. Owens is committed to building the police department's internal and external relationships by focusing on strong customer service.

Chief Owens holds a bachelor's degree in Justice Studies from Kent State University. He is a recent graduate of the 515th class of the School of Police Staff and Command of Northwestern University and is a graduate of the Cleveland Height's Police Academy.

Paul and his wife have been married for over 15 years and have 3 children. In addition to spending time with his family, he enjoys coaching his kids in the various sports they play.