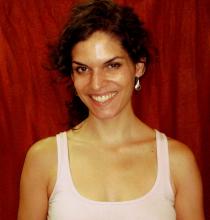 Justine Lindemann is a PhD candidate in the department of Development Sociology at Cornell University in Ithaca, NY. Her work in Cleveland focuses on the urban food system – particularly urban agriculture – as an entry point to understanding how individuals and communities navigate inequalities within and across urban spaces in the struggle for a more just city as well as for rights to and in the city.

As a part of the right to the city framework, food production as a lens is a way to better understand the violence and oppressions faced by marginalized, racialized, and economically disempowered people in Cleveland; it also provides a starting point from which to reclaim and reappropriate urban spaces, and to use them according to the needs and desires of urban residents.

Since 2014, Justine has been working in Cleveland with community gardeners, urban farmers, non-profits, and city employees across the city as a part of this research project. Her theoretical approach is rooted in critical urban political ecology and critical geographies of race and food, which help to inform the ethnographic and community based methods she employs.

Justine worked with the Social Justice Institute through September 2017 and served as staff for the 2016 Activist Adventure Orientation Weekend. 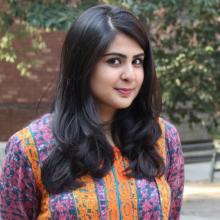 Risham Waseem is the Media Project Officer of the Interactive Resource Centre in Lahore, Pakistan, where she designs and develops media advocacy campaigns and documentary films on various human rights issues.  She regularly engages university students in trainings over peace-building, film production and citizen journalism.  Risham also directs the Vasakh Documentary Film Festival, an annual event that showcases documentary shorts on human rights, peace and cultural heritage.  Her fellowship at the Social Justice Institute was supported by the Cleveland Council of World Affairsin conjunction with the U.S. Department of State and World Learning in Washington, D.C.

As part of the Voicing and Action Project research initiative, Risham created Stories of East Cleveland, a documentary short culled from the digital oral histories collected in East Cleveland, and presented the film at an event during which she analyzed her findings and provided comparisons to the women’s empowerment programs she’s developed in Pakistan.

Risham worked with the Social Justice Institute in May 2016. 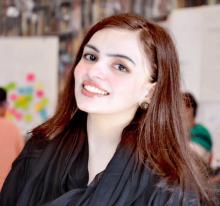 Asma Sameen Bangash is an international human rights attorney and journalist. She has engaged in concerns of women’s rights, industrialization, and education reform, describing her analytic beliefs in print media, namely the Express Tribune. These concerns for human rights and equal distribution of capital (social, cultural, monetary, etc.) have guided her passion regarding international cooperation and the promotion of global collaboration. She was selected for a five week program engaging with the United States legislative process and working with SJI. As she tours, she also acts within her duty as a communications officer for the Joint International Committee of the Red Cross, which tasks her with promoting international humanitarian law in academic and judicial circles. She continues to provide certification courses in international humanitarian law.‌

Her fellowship at the Social Justice Institute was supported by the Cleveland Council of World Affairs in conjunction with the U.S. Department of State and World Learning in Washington, D.C.

Asma worked with the Social Justice Institute in the Fall of 2016.