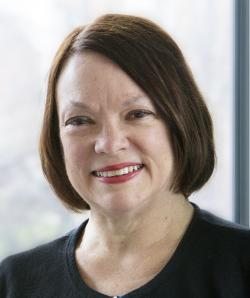 She is also an Associate Clinical Professor of Psychology in the Department of Psychiatry with the Case Western Reserve University School of Medicine and is a member of the Adjunct Faculty with the Mandel School of Applied Social Sciences where she teaches a graduate course on Practice Evaluation, showing students how to design evaluation for evidence based practice implementation.

A child clinical psychologist, Dr. Timmons-Mitchell began her own practice, Junction Psychological Services Corporation, in 2001. She has also worked extensively on Multisystemic Therapy (MST) projects, as a therapist, supervisor, program director, researcher, and consultant. From 2008-2011, she served as the Associate Director of Evaluation and Research at the Center for Innovative Practices (CIP) at Kent State University.

She also served as the Associate Director of Evaluation and Research and MST System Supervisor with the Stark County Community Mental Health Board. Her research on MST provided the first independent evidence of effectiveness in the U.S.; these findings are included in the MST training worldwide and have been widely disseminated. Additionally, she has been the Evaluator for the Garrett Lee Smith Suicide Prevention grant to the Ohio Suicide Prevention Foundation (SAMHSA) since 2011. For the past two years, she has worked on the grants at The Cleveland Clinic related to epilepsy, mental health, and depression.

Her work on the Safe Schools Healthy Students grant from the U.S. Department of Education earned an Honorable Mention, SAMHSA Administrator’s Award, for expanding availability of evidence-based mental health services. Her clinical effectiveness trial of Multisystemic Therapy, published in June 2006 in The Journal of Clinical Child and Adolescent Psychology, was the first independent replication of MST with juvenile offenders in the United States.

Q: Why is your work at the Begun Center important to you, to our community, and to the world? I have always had a strong commitment to integrating clinical, research and policy work to better the lives of young people.  Through my work at the Begun Center on suicide prevention, community-based services for juvenile justice and child welfare involved youth, I strive to meet the child advocacy standard: to make available for all children what I would want for my own.

Q: What is a cause about which you are particularly passionate? Gun violence prevention; preventing out of home placement for youth who can be served in their homes and communities.

What You Should Know About Mental Health in Youth with Epilepsy: A Resource for Parents
Tatiana Falcone, MD and Jane Timmons-Mitchell, Ph.D
In Collaboration with The Cleveland Clinic

“Measuring the Counterfactual via Case Notes in an Evaluation of Homeless Prevention Programs.” Chicago, IL at Annual Meeting of the Midwestern Sociological Society.