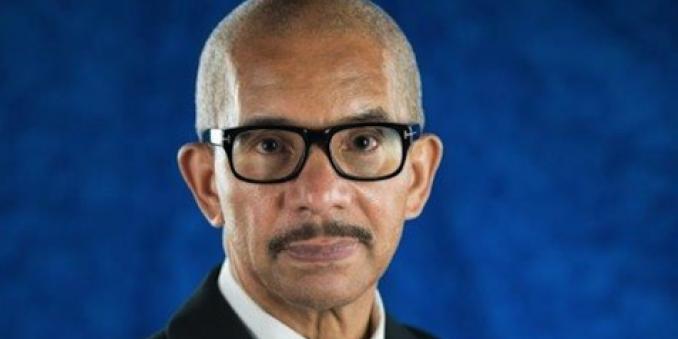 The Mandel School will celebrate Jones at 2019 Homecoming on October 11, along with faculty member Claudia J. Coulton, PhD, who was also awarded a 2019 Social Work Pioneer.

Jones, Coulton, and their fellow Pioneer recipients “have paved the way for thousands of other social workers to make their own contributions to the health and welfare of individuals and families facing significant challenges in both urban and rural communities,” according to the NASW announcement.

“I am thrilled to be awarded NASW Social Work Pioneer, because it validates that my work over the past 50 years has been innovative and impactful on the lives of thousands of children, families and communities that have been served by agencies I have lead in Boston, Cleveland and Chicago,” said Jones. “I am so proud that my 93 year old mother, Dr. Whilhelmina Manns, who also received her MSSA from the Mandel School can see me receive this tremendous recognition, because she is the person who introduced me to the field of social work.”

Jones’ mother earned her doctorate from the University of Chicago and served on the faculties of Cleveland State University, Case Western Reserve University, and the School of Social Work at Howard University.

“My sister, Dr. Donna Kolb, is also a graduate of Case Western Reserve University, so our ties are very deep to the university,” said Jones.

A member of the Mandel School Hall of Achievement, Jones serves on the Mandel School Visiting Committee and is a mentor in the Fellows Program. He was the recipient of the Leadership in Nonprofit Management Award in 1997 by the Mandel Center for Nonprofit Organizations when he was President and CEO of the Center for Children and Families.

“I am so pleased that Dr. Jones has received this wonderful recognition,” said Mandel School Dean Grover Gilmore, PhD. “Being named an NASW Social Work Pioneer is a significant acknowledgement of his substantial contributions to the field throughout the United States. We are very fortunate that Dr. Jones is an alumnus who regularly mentors our students, advises our senior leadership, and -- in his passionate support of the Mandel School -- shapes the future of social work.”

Jones currently serves as an organizational consultant and Risk Management Trainer for Assurance Services Inc., which is the for-profit division of the association and oversees all of NASW’s insurance programs. He serves on the Boards of Directors for the Center for Community Solutions in Cleveland and NASW’s Risk Retention Group and Insurance Company. He is the lead-off presenter for "Boot Camp for New CEO's of Non-Profits,” a program conducted by the Axelson Center of North Park University in Chicago.

During his impactful career, Jones served in major leadership roles in the nonprofit sector throughout the country. He was Administrator of the Division of Senior and Adult Services and the Administrator of Employment and Family Services and the Cuyahoga Support Enforcement Agency for Cuyahoga County. In 2013, he served as the Senior Vice President of Community Investment of the United Way of Metropolitan Chicago, where he was responsible for leadership, planning and measurement and execution of United Way’s strategic investments in the areas of income, education and health. Prior to this position, for 13 years he served as President and CEO of Metropolitan Family Services in Chicago, delivering more than $290 million in programs and services to more than 600,000 people during this tenure.

Jones’ leadership is recognized nationally and internationally. Prior to joining Metropolitan Family Services in 1998, he served as Executive Director of Boston Children’s Services in Boston, Massachusetts and also President and CEO of the Center for Families and Children in Cleveland from 1991 until 1998. Jones has received a fellowship to the Harvard Business School in 2005 and the Lifetime Achievement Award for the State of Illinois by the Illinois chapter of the National Association of Social Workers in 2011.

He has lectured about nonprofits in Nicaragua and Kenya and at Boston College, Cleveland State University, and Case Western Reserve University. In 2010, Jones was one of a select group of delegates to participate in the Congress on Social Work. In 2010 and 2011, he served as a co-leader of a delegation of social workers studying the social service system in Russia and Brazil.

Jones has served as the chairman of the board of directors for The Alliance for Children and Families and The Chicago Alliance for Collaborative Effort. Previous leadership responsibilities have included serving on the Board of Directors of Leadership Cleveland and the Cleveland United Way; serving as the co-chair of the International Year of the Family and co-chair of the Commission on Chemical Dependency and Child Welfare for the Child Welfare League of America.

Recently, Jones was honored with the title of President Emeritus of Metropolitan Family Services and a building named in his honor.