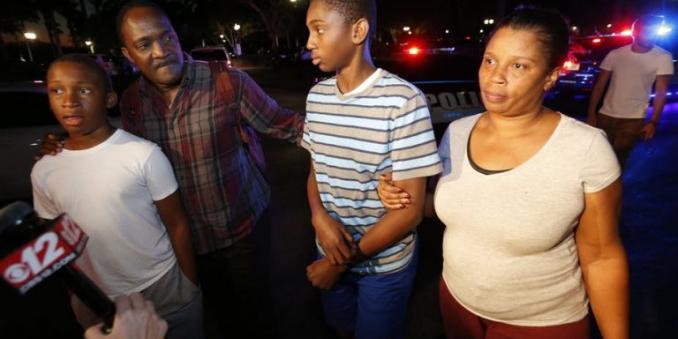 On Wednesday, February 14, the community of Parkland, Florida, suffered an unthinkable tragedy, when a former student entered Marjory Stoneman Douglas High School and took the lives of 17 students and staff, injuring 14 more and traumatizing thousands. This is an event that we as a nation have witnessed far too many times.

Dr. Daniel J. Flannery, the Dr. Semi J. and Ruth W. Begun Professor and Director of the Begun Center for Violence Prevention Research and Education has been consulted in the past on mass shootings due to his extensive research on the subject. In 2012, he authored an opinion piece for CNN entitled "Suicide risk can help us understand school shootings", and in 2016, he and Dr. Mark Singer co-authored "Here’s how witnessing violence harms children’s mental health" for The Conversation.

Dan was asked by The Conversation last week to update the latter piece to respond to the tragedy in Florida.

This was not the only request he received.

Global News Radio 770 CHQR in Alberta, Canada, reached out to request a phone interview with Dan on Angela Kokott’s evening show. Dan’s short interview included the important note that “even if a young child isn’t the direct victim of violence, exposure to violence increases their levels of being anxious and fearful, even depressed and angry.” Dan urged listeners to “stop trying to isolate a singular cause like violence in movies, videos, games, etc., and start focusing on what our kids are being exposed to every day and the impact on mental health.”

A concerned parent in Hawthorne, New Jersey, reached out to the Begun Center. Her questions included, “what can we do on the local level to prevent school shootings in our town? How can we educate ourselves about such a complex issue? What should we be discussing with our district’s leadership and municipality?” She shared Dan’s poignant response on Facebook, which included recommendations for the ALICE Training Institute and the Koshka Foundation, which was founded by Kristina Anderson, 2007 Virginia Tech shooting survivor and Begun Center National Advisory Board member.

As our communities, nation, and world face challenging situations like that which took place like the one in Florida this month, our researchers and trainers are committed to helping families and children process these events, and to researching, educating, and finding solutions to prevent further violence.