In Memory of Steven A. Minter, MSSA 1963: From Social Worker to Trailblazer 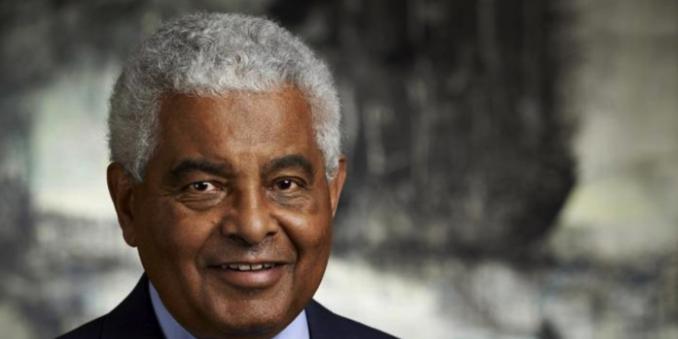 The Jack, Joseph and Morton Mandel School of Applied Social Sciences and all of Northeast Ohio are mourning the loss of alumnus Steven A. Minter, MSSA 1963, who was a trailblazing leader in government and philanthropy, a transformational force in Cleveland, and a steadfast and passionate supporter of the Mandel School.

He died at the age of 80 on September 19 at his home. Minter was currently serving on the Mandel School Scholarship Committee, helping to raise $1.5 million for student scholarships, and last spring was interviewed for Leadership & Legacy – a special event series presented by our Master of Nonprofit Organizations program.

“When I think of Steve, I remember his smile. He brought that smile to every meeting and matched it with a positive force that could reshape discussions,” remembers Mandel School Dean Grover C. Gilmore, PhD. “He knew how to build effective teams and strategies for change. We are very proud that he received his earliest training in social welfare as a student in the Mandel School. Today I am sad. But I can hear Steve saying that it is okay to be sad today, but tomorrow there is work to do. Thank you, Steve. I will remember.”

Minter’s impact can be seen in almost every part of Cleveland, an enduring legacy highlighted in his alumni profile in the Mandel School history book “100 Years of Inspiring Hope and Shaping the Future.”

A native of Akron, Minter had hoped to become a teacher after graduating from college. Unable to find a job in education, he accepted a position as a Cuyahoga County welfare caseworker in 1960. His family obituary notes: “This proved to be a fateful and fortuitous decision. His empathy for those living in poverty, confidence in their ability to improve their condition, commitment to structural change, and capacity to mentor and convene others were all called upon in his work.”

With the support of the Welfare Department, he enrolled at what is now known as the Mandel School, earning his Master of Science in Social Administration in 1963 and becoming a social worker. By 1969, he became the department’s youngest and first African American director.

After representing Cleveland on several national policymaking bodies -- including the commission that created the federal early childhood program Head Start -- Minter went on to lead public welfare programs in the state of Massachusetts for five years, then later was tapped by President Jimmy Carter to be the founding undersecretary of the U.S. Department of Education.

A visionary in the field of community philanthropy, Minter became the first African American president of any U.S. community foundation when he was appointed CEO of the Cleveland Foundation in 1984. During his 19-year tenure, $1 billion was added to the foundation’s endowment and grantmaking increased by 450%, strengthening his vision that community organizations can be a leading and impactful agent for progressive socioeconomic change – in areas ranging from school reform and neighborhood development to arts and culture and public health.

Under Minter’s leadership, the Cleveland Foundation focused increasingly on innovative economic and community development. It played a convening role in leadership conversations that led to the launch of what is now known as Cleveland Neighborhood Progress Inc., a Mandel School field education site that is the region’s only funding intermediary for community development organizations. In 1988, the Cleveland Foundation joined with the national Rockefeller Foundation to support the launch of what is now the Center on Urban Poverty and Community Development at the Mandel School, still led to this day by founding director Claudia J. Coulton, PhD.

Minter engaged with the Mandel School and Case Western Reserve University throughout his life, serving on the advisory committees of many Mandel School Deans and on the Visiting Committee for the university’s Office for Inclusion, Diversity and Equal Opportunity. He also was:

A memorial service will be held for Minter on Saturday, November 2, at 11 a.m. at Fairmount Presbyterian Church in Cleveland Heights. In lieu of flowers, the Minter family requests memorial contributions to the Steve A. and Dolly Minter Scholarship Fund, to benefit future Mandel School students who share their passion for social change. Click here and scroll down to donate in memory of Steve Minter.