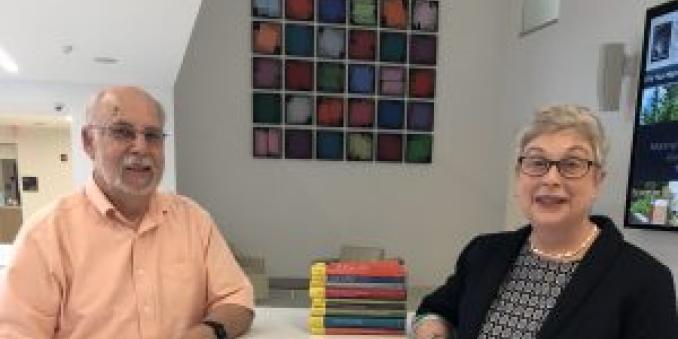 After 15 years and nine peer-reviewed books, David Biegel, PhD, Henry L. Zucker Professor of Social Work Practice, and Elizabeth M. Tracy, PhD, Grace Longwell Coyle Professor of Social work, both of Case Western Reserve University’s Jack, Joseph and Morton Mandel School of Applied Social Sciences, have completed what may be the most comprehensive collection of evidence-based practices in the field of social work.

“We want those working with populations in need to have the best information available to them to make smart decisions about interventions,” Tracy says. “This series is a critical step in a direction that supports bringing the best knowledge in the field to the practitioners who can most use it.”

Biegel and Tracy served as editors of the series. Authors of each book were selected from among the most reputable names in their fields.

Titles in the series include:

The Evidence-Based Practices series was sponsored by the Mandel School.