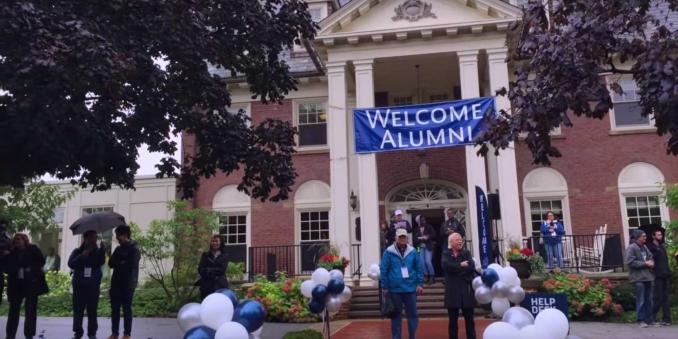 The alumni association of Case Western Reserve University recognizing recipients of its 2018 Alumni Awards during Homecoming. The awards are for professional accomplishments, service and overall achievement. In addition, university President Barbara R. Snyder is bestowed an award for excellence.

Of the university's six awardees this fall, two were alumni of the Jack, Joseph and Morton Mandel School of Applied Social Sciences. 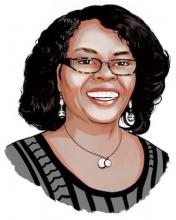 When Janice Eatman-Williams learned of the water crisis in Flint, Michigan, she sprang into action. She organized campus and community-wide donation drives in 2016 and 2017, securing more than 12,000 bottles of water, 250 water jugs, 20 cases of cleaning wipes, dozens of water filters and more than 500 pounds of nonperishable food items—and drove goods to the city four times along with other volunteers.

She's also traveled extensively in the southern United States to help people who suffered from the damage of hurricanes Katrina and Isaac.

The Cleveland native demonstrates this same kind of dedication in her own community She has worked at Case Western Reserve for more than 20 years, mostly as assistant director for service-learning programs. She's currently director of school-based outreach, organizing volunteer activities for students, faculty and staff, such as the Flint water drive. She also does community outreach, providing children and families access to academic assistance, life-skills training and college preparation.

"This is not merely a job," said Eatman-Williams. "I feel that I am walking [with] a particular purpose." 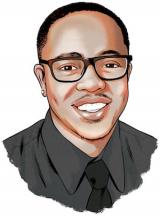 He began volunteering at a local food pantry with his family at age 6, bred on service by his grandparents and childhood church.

As a graduate student, he was president of the Black Student Association at the Jack, Joseph and Morton Mandel School of Applied Social Sciences. And as an alumnus, he has served on the board of the university's African American Alumni Association.

He also works on revitalization efforts in the nearby Fairfax neighborhood, mentors children in greater Cleveland and coordinates volunteers at Manna Food From Heaven, which serves meals at homeless shelters.

He's also delivered more than 1,000 presents—including board games, sleds, movies and cookware—to East Cleveland families as a part of Donté's Gift Express, an initiative he started to help others during the holiday season.

In addition to his volunteer activities, Gibbs is the Gund Fellow at the George Gund Foundation, working on economic development and community revitalization projects.