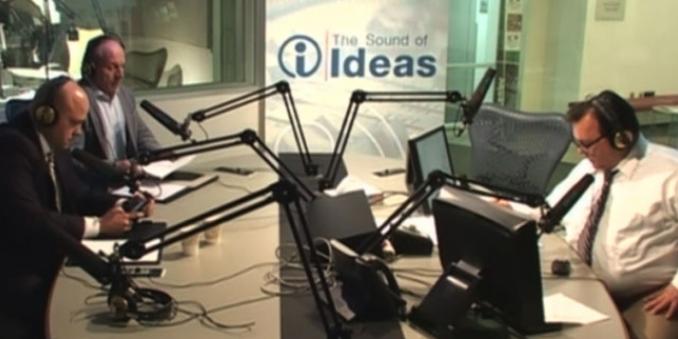 Daniel J. Flannery, Dr. Semi J. and Ruth W. Begun Professor and Director of the Begun Center for Violence Prevention Research and Education, was a guest on Wednesday morning on WCPN’s Sound of Ideas. The timely topic was “Preventing School Shootings,” and host Michael McIntyre dedicated the entire hour to it.

McIntyre opened the show by noting, “in the wake of the deadly school shooting in Florida, there’s been a national conversation about how to protect students. Stricter gun laws, a ban on assault weapons, better interventions, even arming teachers. How would that work? Would it make schools safer or, with more guns, more dangerous?”

The school Superintendents commented that the advent and popularity of social media has helped to fuel the sense of hysteria that surrounds mass shootings, and that schools simply do not have the resources to tackle these issues. Both advocated for preventative rather than reactive strategies.

Flannery mentioned the Call For Action to End Gun Violence released early Wednesday morning, noting that this measure represents the need for a public health approach and more scientific evidence. The information and data we have on gun violence is limited due to Congressional limitations put in place in the 1990’s, he explained. However, the data we do have points to the fact that increasing availability of guns increases the likelihood they will be used – on oneself, on others, and by accident.

Flannery recognized Safe Schools, Healthy Students as an effective model that brought educational and mental health professionals and law enforcement together to address these issues. Dan explained that the federal office that ran that program has been disbanded and the funding became severely limited.

McIntyre quoted a statement from the National Association of School Psychologists that explained how arming teachers places an unrealistic, unreasonable burden on America’s educators, has potential to cause more harm, can undermine safe learning environments, and diverts critical resources away from strategies known to help reduce violent behaviors.

In response to a caller who expressed frustration that “we rule out an entire class of solutions” when it comes to gun violence and speak only of reactionary measures, Flannery explained that the Begun Center is involved in the County response to the heroin/opioid crisis as well, and no one disagrees that it is imperative to look at the supply as a very particular part of the strategy to reduce deaths from overdose. A similar approach about access to firearms must be part of this conversation.

Another caller pointed out that the vast majority of shooters are young white males; what is missing from the conversation, she asked? What is driving young white males to violence? Flannery replied that a trend now occurring is a sense of entitlement, especially among young men but also some females and adults, who are disenfranchised, disconnected, and even angry and depressed. He noted the frequent connection between a perpetrator’s act of violence and simultaneous intent to take their own life as well, thereby using these acts to make a statement. “We need to talk about school climate, early education, and social-emotional problem solving – these are parts of a longer-term strategy that is not just a reactionary, short-term response,” Flannery explained.

Flannery’s closing comments included that he supports the idea of involving threat assessment teams at the district level, and that we must stop putting children in environments without safety nets. “It comes down to resources and political will,” he closed.

Listen to the full conversation, courtesy of 90.3 WCPN ideastream