Joseph and Khare Present at Harvard University on March 2 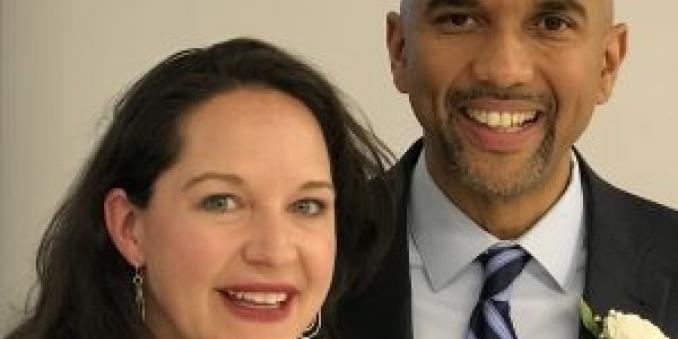 Mark Joseph, the Leona Bevis/Marguerite Haynam Associate Professor in Community Development at the Jack, Joseph and Morton Mandel School of Applied Social Sciences and the founding director of the National Initiative on Mixed Income Communities (NIMC) and Faculty Associate at the Center on Urban Poverty and Community Development along with Amy Khare, Research Assistant Professor and the Research Director for the National Initiative on Mixed-Income Communities gave a talk at Harvard University from 12:00pm-2:00pm on Friday, March 2nd.

The event by Harvard University Graduate School of Design was co sponsored by the Harvard Joint Center for Housing Studies and the Office of Communications. Joseph and Khare will focus on their work examining the cost and consequences of racial segregation and concentration of poverty and affluence. They will also discuss their past efforts at mixed-income development in Chicago, San Francisco and other markets. They will also introduce their new ideas when it comes to the future of inclusionary housing.

Dr. Mark Joseph currently researches urban poverty and community development focusing on mixed-income development as a strategy for addressing urban poverty, particularly focusing on public housing developments. He is also the co-author of “Integrating the Inner City: The Promise and Perils of Mixed-Income Public Housing Transformation”.

Dr. Amy Khare currently leads applied research studies and program evaluation with the National Initiative on Mixed Income Communities. In addition to her work with the NIMC she also provides public, private and non-profit consulting around the country. In addition, she is co-leading the development of an edited volume provisionally titled, "What Works to Promote Inclusive, Equitable Mixed‐Income, Mixed‐Use Communities." This volume will be published as a part of the Federal Reserve Bank of San Francisco series. Khare is also working on a book based on her dissertation study, Privatizing Chicago, which investigates the politics of public housing reforms and urban development. She has also recently finished a study with Chicago’s Metropolitan Planning Council and the Urban Institute called The Cost of Segregation, which quantifies the economic cost of racial segregation and advances policy recommendations that promote equity and inclusion.

Dr. Amy Khare joined the National Initiative on Mixed Income Communities after completing her doctorate from the University of Chicago, School of Social Service Administration in 2016 and her MSW and BSW from the University of Kansas. Her research has been published in Urban Affairs Review, Journal of Urban Affairs, and Cityscape. She has written applied policy reports designed for diverse audiences. She previously worked for the Urban Institute. In 2015 she received the Emerging Scholar Award from the Urban Affairs Association, an award given to one doctoral candidate in the nation.