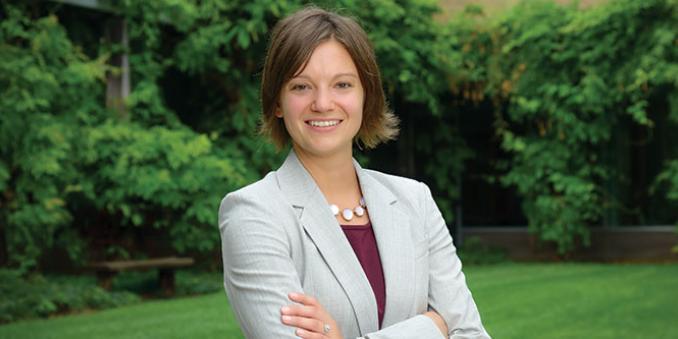 Boys and girls have different reasons for engaging in risky sexual behavior, suggests a recent study with ties to Case Western Reserve University.

Past child abuse led to risky sexual behavior for boys in the study, explained Laura Voith, assistant professor at the Jack, Joseph, and Morton Mandel School of Applied Social Sciences, who helped conduct the research.

That isn’t the case for girls. The study suggests that marijuana use puts girls at greater risk for risky sexual behavior, she said.

“The pot use was a surprise for girls as compared to boys,” Voith said.

The study’s authors are not assuming that girls are smoking pot as a result from childhood abuse. Voith thinks that high-risk girls engage in increased substance use, which leads to risky sexual behavior.

This means that gender-focused programs that deal with boys and girls separately might be most effective in reducing teen pregnancy among at-risk young people, Voith said.

Voith thinks that boys who experience physical or sexual abuse turn to a toxic masculinity as a coping mechanism. Pursuing multiple sex partners as a show of virility is part of toxic masculinity, along with homophobia and hiding certain emotions. Healthy masculinity includes the ability to share, collaborate in groups and express a full range of emotions, Voith said.

These findings suggest that at-risk boys might be helped by gender-specific intervention programs that teach them about healthy masculinity, she said.

Teen sexual activity carries serious health consequences, such as sexually transmitted diseases and unintended pregnancy. Children born to teen mothers in Ohio have a higher infant mortality rate, and can experience low birth weight, behavioral problems and higher rates of foster care placement, according to the Ohio Department of Health.

Overall, Ohio births to teens ages 15 to 17 have dropped since 2010, according to the Ohio Department of Health.

Voith worked with two co-authors, both graduates of CWRU’s school of social work, to produce the research paper. Lead author was Susan Yoon, assistant professor at the Ohio State University College of Social Work. Co-author Julia Kobulsky is a postdoctoral fellow at the University of Maryland School of Social Work.

The research paper was recently published in the Journal of Adolescence, an international, cross-disciplinary professional publication.

Their study of at-risk teens is noteworthy because it looked at outcomes over time, and didn’t rely on teens and adults’ sometimes faulty memories of past actions, Voith said.

Voith and her co-authors drew data from Longscan, a multi-site longitudinal study investigating causes and results of child abuse, and funded by the National Center on Child Abuse and Neglect. Launched 20 years ago at five sites across the country, Longscan gathered data on 1,354 children ages 4 to 18, who had been reported to child protective services and were high-risk for abuse and exposure to violence. Longscan interviewed children, caretakers and teachers every two years over two decades.

Voith’s smaller study used Longscan data from 860 children from across the country, collected every two years between ages 12 and 18, she said. Subjects were anonymous, so Voith wasn’t able to provide specific data about Ohio teens.

This study of at-risk teens point to the need for youth programs that engage boys and girls separately, and include treatment for youth who have experienced trauma, she said.