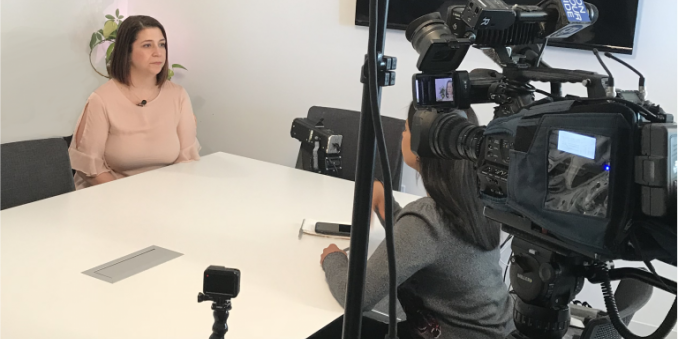 The team’s findings? What we thought we knew about serial sex offenders, in large part promulgated by mainstream media, is not correct. Instead, their research demonstrates that serial offenders are more opportunistic than methodical and follow less of a consistent offending pattern, or modus operandi (MO).

This means that a change in policy may be in order that will encourage investigators to dive deeper into an offender’s complete criminal background.

News 5 Cleveland is not alone in their coverage of the SAKI team’s findings. The report on these findings, “Do Serial Sex Offenders Maintain a Consistent Modus Operandi?” was first released in September 2017 and subsequently published in the Journal of Criminal Justice: “Offending patterns for serial sex offenders identified via the DNA testing of previously unsubmitted sexual assault kits.”  Since then, these important new findings have been covered by Newsweek, the Marion Star, and others. Additional coverage of the SAK team’s work has been covered extensively in the past year by the Cleveland Plain Dealer, ideastream Sound of Ideas, the Daily News, C-SPAN testimonial coverage, the Baltimore Sun, and more.

In addition to the lack of MO among serial offenders, the team’s findings also show that they frequently assault both strangers and nonstrangers, and that there is significant crossover by relationship and age. This deepens the reality that serial offenders do not consistently stick to a “type” of victim.

Most importantly, the report demonstrates that DNA testing of all SAKs, including those from nonstranger sexual assaults, is a powerful forensic tool in linking sexual assaults and in illustrating the extent of crossover offending. The benefits of DNA testing are fully actualized when testing is followed up with a thorough investigation.