For more information about gifts of named professorships, please contact the development office at 216.368.1832.

Endowed professorships are the most prestigious faculty positions at Case Western Reserve University and are awarded to individuals widely recognized for making significant contributions to scholarship.

An endowed chair not only provides ongoing support for the Mandel School but also distinction and recognition to the donor, the school and the holder of the chair. The Mandel School is highly ranked in number of endowed professorships among schools of social work in the country with a total of 10. 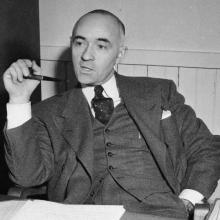 Leonard Worthington Mayo helped shape the nation’s policies on child welfare and mental and physical disabilities for nearly 60 years by being a gentle but persistent persuader with enormous insight and knowledge. During World War II, he was the chairperson of the Federal Commission on Children in Wartime. He served on four White House Conferences on Children and Youth from 1930 to 1960, and was advisor to five presidents from Truman to Ford. From 1961 to 1962 he was chairman and director of President John F. Kennedy’s Committee on Mental Retardation, which produced recommendations that modernized care and services. He was named to that post after serving in New York on Governor Nelson A. Rockefeller’s Council on Rehabilitation.

Mayo was appointed dean of the School of Applied Social Sciences at Western Reserve University and served from 1941 to 1948. In his first years, he not only secured the school’s financial base but won the respect of Cleveland’s social service agencies. While in Cleveland, he served the city, county and state as an advisor to numerous committees on social welfare. Mayo left the deanship in 1948 to head The Association for the Aid of Crippled Children, later named the Foundation for Child Development in New York City.

His Professorship in Family and Child Welfare was established in 1978.

Learn about John A. Yankey, the professorship-holder emeritus 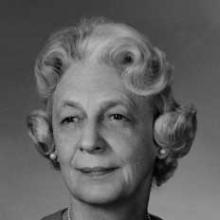 Throughout her many years of dedicated service on the governing boards of both Western Reserve University and Case Western Reserve University, Schmitt was an invaluable member and first chairwoman of the Visiting Committee of the School of Applied Social Sciences. In 1977, the School of Applied Social Sciences conferred upon her its Distinguished Service Award for outstanding service and dedication to the school.

Schmitt graduated from Vassar and from the School of Library Science at Western Reserve University. An Honorary Doctor of Humanities was awarded her in 1970 by Case Western Reserve University. In addition to being an outstanding example of leadership and generosity at the university, Schmitt was also deeply involved in many other civic and community affairs during her years in Cleveland.

The professorship was established in 1980 in acknowledgement of Schmitt’s loyalty and dedication to the university. 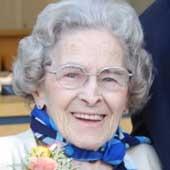 Lillian F. Harris, MSSA 1933, was a major force in the development and success of the Mandel School. In 1983—a time when scholarship funds were difficult to secure—she initiated The Lillian and Milford Harris Endowment Fund for student scholarships. Years later in 1994, she endowed The Lillian F. and Milford J. Harris Library, which remains to this day the focal point of the school. In 1997, she generously provided funding to establish the sixth fully-endowed professorship at the Mandel School, the Lillian F. Harris Professorship.

Harris was among a small but elite group of women in the U.S. who earned a graduate degree in 1933. She joined her husband, Milford, also a CWRU graduate, working in their modest pharmacy on the west side of Cleveland. The business grew and over the years became a major U.S. drug wholesaler. She continued to work regularly well into her 90s. She viewed her support as the enhancement of student education at the Mandel School; however, the nature of the intersecting circles of our students working with communities, individuals and families, will benefit all the regions where our graduates practice for generations to come.

Get to know Claudia J. Coulton, the current professorship-holder 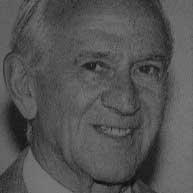 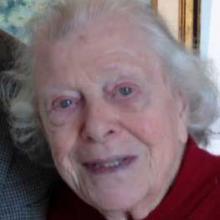 Her husband, Dr. Rocco Motto, established an endowed professorship to honor her on their 55th wedding anniversary in 1999. The Motto’s felt that their chair would be an appropriate reminder of their courtship and subsequent marriage, as the couple met while they were both graduate students at CWRU.

The Motto Professorship supports a faculty member involved in family and community research with a focus on early childhood development. 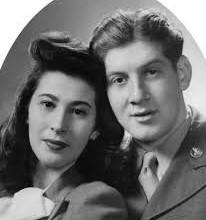 Ruth Begun was born Ruth Weltmann, in Berlin, Germany. She studied PhD-level physics at the University of Berlin, the first woman to do so. She came to the United States in 1937 to work at Inter-chemical in New York City. There, she developed and patented a new device called a viscometer, which evinces the speed at which presses bleed ink. In 1941, she moved to Cleveland, Ohio, where she joined NASA Glen Space Center. There, she co-developed the spacecraft ion engine. She was also a visiting professor of Rheology at Case Western Reserve University.

Semi Joseph Begun was a pioneer of magnetic recording. Begun was born in Danzig, Germany. He graduated in 1929 from the Institute of Technology in Berlin. Begun immigrated to the U.S. in 1935 and joined the Brush Development Company of Cleveland in 1938. His many honors included the Presidential Certificate of Merit from President Truman for his work in NDRC.

The two married in 1938. In 1972, they founded the Society for the Prevention of Violence (SVP), and in 2001 they established the Begun Foundation, both dedicated to addressing the scourge of violence in our society.

The professorship was established in 2000 to support a faculty member working in anti-violence research and education.

Get to know Daniel Flannery, the current professorship-holder 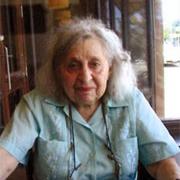 Brody grew up in Minnesota. Her mother struggled as a single parent, raising three daughters and a son. At age 26, she was a widow with a baby son herself, and few options. Through faith, determination and a passion for social work, she earned three degrees, moved through two careers, and taught generations of students. Brody held a BS in Education from Columbia University, an MEd in Counseling and Guidance from the University of Maryland, and a PhD in Psychology from the American University. She conducted extensive research and writing in the area of family development and child rearing.

In 2007, Brody established the Grace F. Brody Professor of Parent-Child Studies. The professorship was created to help support the research efforts of faculty to study and teach future social workers about building attachments between children and their caregivers, reflecting Brody’s dedication to the fields of family development and child rearing. 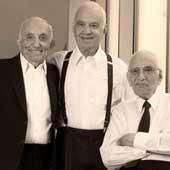 The Mandel brothers began donating to charities in the late 1940s, and as their business success increased, so did their giving. In 1953, the brothers founded the Mandel Foundation, which supports civic and philanthropic activities in their various geographical areas of interest. The Mandel brothers believe in hands-on philanthropy. From the beginning, the foundation has been a vehicle for supporting work to which the foundation can bring strategic direction and guidance as well as financial resources.

The Mandel Foundation has promoted the welfare of the university through their personal philanthropy and also through their community service. The Mandel family has made a significant additional commitment to the university and to the Jack, Joseph and Morton Mandel School of Applied Social Sciences to support the current deanship and succeeding deans, and to recognize the significant community and professional leadership role and scholarly pursuits of the holder of the dean’s position.

Leona Bevis, MSSA 1943, was among the legendary executive directors of The Welfare Federation of Cleveland, now the Center for Community Solutions. During her tenure, she worked closely with community leaders, including individuals serving on the Federation Board, to improve greater Cleveland’s social service agencies. A primary example of this leadership was the creation of the Center for Human Services (now called the Center for Families and Children) from the merger of five important, but failing, social service agencies. Bevis galvanized civic leaders and facilitated a dialogue among the agencies that were in jeopardy, resulting in the merger. Without her tenacious leadership, Cleveland would have lost the vital services of these five agencies serving children and families.

Marguerite Hayman, MSSA 1941, was a scholar and leader for social change. Upon graduation, she entered social work in Cleveland at Children’s Services as a caseworker, and became the director of the Alice Hunt Center of Children’s Services, a department specializing in work with single mothers. Her employment there would later provide an opportunity for her to supervise staff at the Youth Bureau, where she worked for six years to provide children and youth with the tools to become good citizens and the skills to become competent leaders. From 1948 to 1950, she returned to CWRU as an assistant professor of Child Welfare at the Mandel School.

The Leona Bevis/Marguerite Haynam Professorship in Community Development is held by a national leader in the field with both the academic credentials and direct experience to work with communities in promoting progress through social planning and action.

Get to know Mark L. Joseph, the current professorship-holder 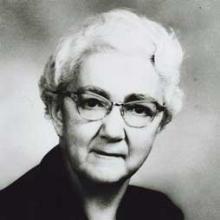 Grace Longwell Coyle made a profound impact on group work study and its practice. Her books and classroom presentations were landmark additions to the field of group work education contributing to the critical analysis of group leadership, group behavior, and the professional education of social workers.

Coyle earned an MA in Economics and a PhD in Sociology from Columbia University, as well as a certificate from the New York School of Social Work. She worked in settlement houses for several years but it was her work in the YWCA that provided her with a platform for her exploration of group work. From 1934 to 1962, she was a prominent member of the faculty of the School of Applied Social Sciences, where she developed the first course on group work. She was among the first to project and develop a philosophy and rationale of social group work as a social work practice. Indeed, her efforts established the school as an elite, pioneering and nationally ranked school of social work, a distinction that exists to this day.

The Coyle Professorship was established in 1965.