A Message from the VP for Student Affairs 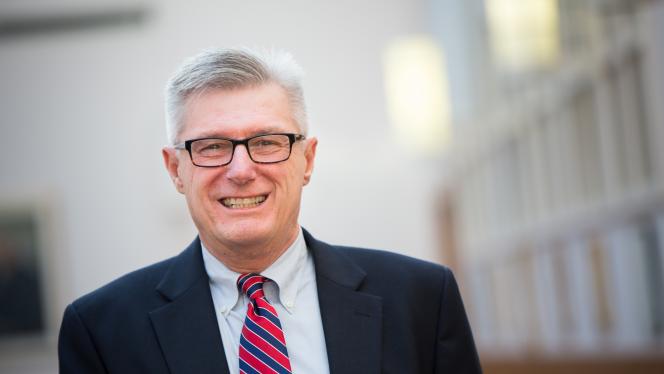 The debate among pro-choice and pro-life advocates has long been among the nation’s most contentious. The Supreme Court nomination of Judge Amy Coney Barrett again has highlighted the intensity of feelings around this issue, just as last spring’s arguments in a Louisiana abortion case while dueling rallies took place just beyond the Supreme Court building’s steps.

Since the spring, Case Western Reserve has engaged in its own version of this difficult discussion, as our Undergraduate Student Government (USG) considered whether to recognize Case for Life (CFL) as an official campus group.

The subject saw discussion at multiple meetings, with a fundamental divide emerging between those who viewed freedom of expression as an essential right, and those who felt that, in the case of Case for Life, such freedom represented a danger to others.

After USG voted to approve CFL’s recognition, those in the latter group launched a petition drive for a referendum to rescind the action; as some of you may have read in USG’s May 22 email, that measure passed.

The referendum’s supporters argued that denying CFL recognition complied with the university’s Freedom of Expression policy because the organization’s messages and vigils could upset some students—even to the point where they might choose not to access health care. While I have great empathy for those who might experience such emotions, this interpretation of the policy is nevertheless inaccurate.

No matter how vehemently or profoundly felt, disagreement with the perspective of another individual or organization does not meet the university’s standards for restricting expression.

As that policy notes, “…it is not the proper role of the University to exclude or suppress those ideas some may find unwelcome, disagreeable, or even offensive.”

Because this denial of recognition violates university policy, the Division of Student Affairs recognized CFL as an official campus group. In addition, we had worked with USG to adapt its governing documents to ensure alignment with university policies and the university nondiscrimination policy.

I want to emphasize that the minutes of USG’s meetings and other communications related to the issue offer clear evidence that those on all sides have been sincere and genuine in articulating their positions. As is often the case in discussions relating to this issue, however, strong emotions occasionally led to language that tipped past passionate argument and into personal attack.

While I consider this rhetorical devolution deeply disappointing, it also does not violate our university policy on Freedom of Expression:

“While all members of the University community share in the responsibility for maintaining a climate of mutual respect and intellectual honesty, concerns about civility and mutual respect should not be used as a justification for closing off discussion of ideas.”

One of our primary responsibilities at Case Western Reserve is to help prepare students to engage fully in society. Such engagement involves listening to ideas and opinions that differ from our own and seeking to understand them—even when they upset or outrage us. It also includes being able to present perspectives in ways that advance constructive discussions, rather than end them altogether.

As the policy notes, “As affirmed in the CWRU Statement of Ethics and Faculty Handbook, fulfillment of the University’s mission requires an openness to new ideas, and the protection of expression, which is critical toward conventional thought or established interests.”

Students who feel in need of counseling support regarding this or other issues can call 216.368.5872 to speak with a counselor at any time, day or night and on weekends. Students also can email University Counseling Services at counseling@case.edu.

Finally, I want to thank USG for the time and care devoted to this issue, and to everyone who participated in discussions to date. Regardless of how people feel about the outcomes, I believe that we all learned a great deal from the experience.

Note: The original version of this letter mistakenly referred to the student organization as Students for Life. This page has been updated to reflect that correction.