Observer Articles about Earth Day and the Environment Through the Years

To celebrate the 50th anniversary of Earth Day, our office has created an archive of historic Observer articles. Honoring the first Earth Day in 1970, our campus held a "Teach-In" with a number of speakers which was featured in the student paper.

Additionally, honoring the first Earth Day, the Observer put together a special edition of the newspaper, a supplement with a sole focus on the environment. Download this supplement and other articles below. 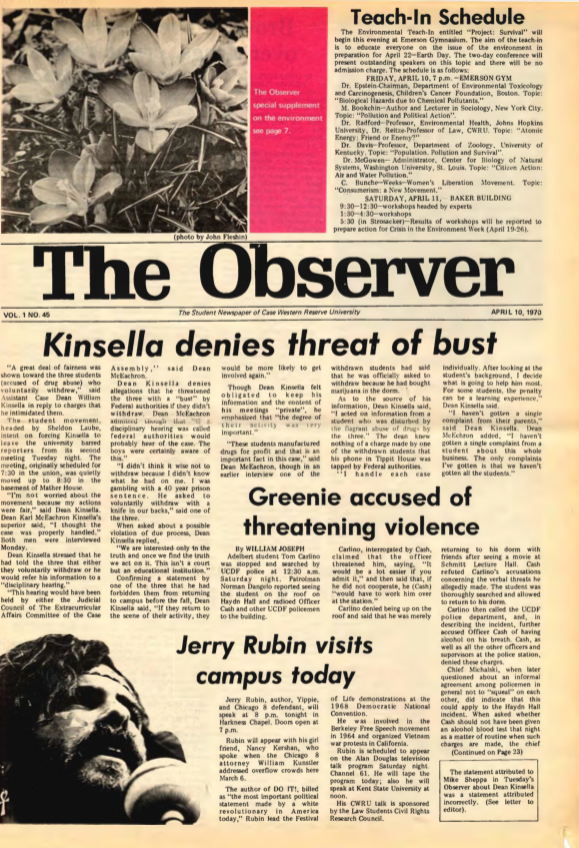 These publications and much more can be found at the CWRU Student Newspaper Archive.