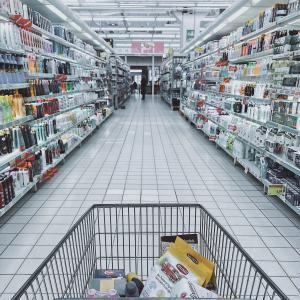 Photo by Oleg Magni from Pexels

The Swetland Center recently released a new data brief documenting the main findings from food retail audits we conducted over the past five years, between 2015 and 2019.

These audits, or the Nutrition Environment Measures Survey (NEMS), were carried out each summer and fall by members of the Swetland team in the Cleveland neighborhoods of Hough, Buckeye-Shaker, and St. Clair-Superior, as well as the Southside neighborhood in Columbus. Our findings indicate that the overall NEMS scores – based on the availability, affordability, quality, and variety of healthy and unhealthy foods – did not vary much over the five years.

The surveys revealed some promising information, including that most (79.5%) of stores accepted payment through the Supplemental Nutrition Assistance Program (SNAP), and that 80% of stores were near a bus stop. This means that more people could potentially afford to buy a variety of foods and that stores may be more accessible by public transportation. However, most stores (65%) also had one or more advertisements for cigarettes or other tobacco products, and the most common store type was convenience (which scored poorly on NEMS measures).

We learned many things from these audits, but one key point is that we’re not seeing change from year to year in the nutrition environment. How can we work in novel ways to address food apartheid and improve food access in Cleveland’s neighborhoods?

The foodNEST 2.0 project is helping to answer some of those questions – stay tuned!