Dr. Owusua Yamoah is awarded a grant from the Center for Reducing Health Disparities 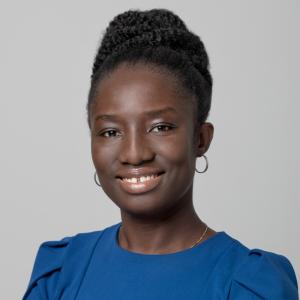 The Swetland Center is excited to announce that one of our post-doctoral scholars, Owusua Yamoah, has been awarded a grant from the Center for Reducing Health Disparities. The grant is part of a pilot award program of the Center for Reducing Health Disparities, which was created by Case Western Reserve University and The MetroHealth System in 2004. The program aims to develop investigators with high capacities to engage in community partnerships and conduct innovative health disparities research. These community partnerships are meant to highlight the experiences of communities in identifying and understanding the root causes of health disparities that are adversely affecting the health of community members.

Dr. Yamoah’s research focuses on adapting mixed methods with a focus on food systems and health equity. Such mixed-methods include geospatial techniques to understand geospatial associations in community issues and challenges that influences human and community development. In her current role at our center, Dr. Yamoah is involved in the community-engaged research process and participatory modeling approaches adopted by our team to promote health equity through food systems in Cleveland.

Dr. Yamoah’s project description as part of the pilot award program is as follows:
“While the ability of households to meet the food needs of all members of their household, both in terms of quality and quantity, at all times continues to be a challenge for about 10.5 % of the American population, this is significantly higher for minority populations who are two times more likely to be food insecure (19.1%). Existing evidence suggests that food insecurity, a critical Social Determinant of Health (SDH), largely affects minority populations, low-income households, women-headed households, and households with children. Research has shown significant associations between food insecure populations and the prevalence of chronic diseases in such populations specifically, type 2 diabetes and obesity. In Cuyahoga County, 56.0% of the African American population lives in food deserts compared to 23.5% of Whites. Food insecurity in Cleveland is also significantly higher in predominantly minority neighborhoods and exhibit similar spatial patterns to that of the redlining maps that were used to discriminate against minority populations.

Emergency Food Assistance programs have been significant in addressing food security needs for so many years. Their role in the food environment and in addressing food security have however been overlooked. In this research, we partner with the Greater Cleveland Food Bank to explore spatial and temporal patterns in the use of food pantries in selected neighborhoods in Cleveland. We adopt qualitative research methods to further explore food needs and the value of food pantries to clients as well as community and individual level barriers that affect the utilization and efficiency of food pantries. An observational needs assessment tool will also be used to score selected pantries to identify variation in needs among food pantry sites across Cleveland and how these may be associated with the use of food pantries.”

We are proud of Dr. Yamoah and her efforts in eliminating health disparities!

Read more about the Center for Reducing Health Disparities and Dr. Yamoah’s work