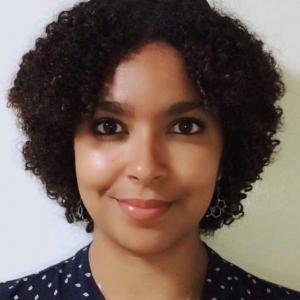 Stephanie had the opportunity to attend, with assistance from the Daniel Lewis Ravin scholarship was the World Health Organization’s Global Health and Climate Change Conference. Held in Glasgow, Scotland, Stephanie shared with us her main takeaways from the conference below.

What in particular drew you to attend this conference?

The conference that I had the opportunity to attend through the assistance of the Daniel Lewis Ravin scholarship was the World Health Organization’s Global Health and Climate Change conference, which was presented as a part of the 26th United Nations Conference of the Parties (COP26). The conference aimed to address the impacts of climate change on health in the form of discussion and informational lectures. The structure of the day involved several podium presenters, as well as small group discussions that were built into the schedule of the conference. Given that I have an interest in quality improvement within the healthcare field, particularly that having to do with environmental sustainability of the healthcare sector, I felt that this conference would be a great opportunity to engage in discourse about current and potential sustainability interventions in healthcare. However, I also expected that there would be representatives and/or specialists from other infrastructural sectors that would be speaking at the conference about interventions in their fields concerning climate change. I anticipated that hearing from these individuals might prompt some inspiration on my part regarding integrative approaches to healthcare sustainability that may involve other fields of society.

What are some important findings you learned?

I was fortunate enough to be proved right in my assumption of other representatives being present from several different infrastructural sectors at the conference. Those individuals represented sectors including food systems & biodiversity, energy & air pollution, and transportation &amp; cities, in addition to keynote speakers that presented and led discussions having to do with health and climate justice. Some of the most interesting things that I learned at the conference were regarding current initiatives that have either been proposed or recently enacted in an effort to aid in the reduction of cities’ carbon footprints (which will have dramatic ripple effects on overall health of city inhabitants). One such initiative that I had not previously heard about was discussed by a member of the Australian NHS. His keynote speech began with him quoting several numbers including “the magic number” of kilotons of hydrocarbon that is required to be reduced in the atmosphere in order to reach several pollution landmarks, including powering 1.7 million flights around the world or powering 117 million homes in the UK. He went on to discuss ongoing infrastructure efforts in Australia from a transportation perspective, which includes reducing the amount of public parking spaces available in cities and imposing fees on most that remain available. This mirrors efforts that have already been well underway in countries such as France, which have been proved to be largely successful at reducing the need for fossil fuels and encouraging other forms of transportation. This includes modes of transportation that promote physical activity including cycling and walking or jogging to destinations, as well as increasing the
amount of public funds (given small costs imposed on public parking) available to increase the number of public fountains, cycling lanes, and greenspaces available in and around the city.

What was your favorite part about the experience?

My favorite part about the conference were the discussion forums. They were unorthodox in my opinion because the groups were composed of individuals that ranged from young adult climate activists and enthusiasts like myself, to members of the WHO and Health Care Without Harm, to political activists interested in climate justice, to engineering company representatives specializing in green spaces or working in science and technology on projects that promote sustainability, to graduate students in political science and/or environmental law. It was very interesting to hear about the experiences of these individuals through the prompting questions, which included things like “what’s the most exciting innovation you’re seeing or working on that is delivering on health, climate, and equity?”, and “what’s really needed right now in this sector in order to make a difference?” Throughout the course of the day there were multiple forums that addressed these questions along with others, and promoted a lot of interdisciplinary discussion.

How do you see yourself incorporating what you learned in Glasgow into your future work?

Without question, the major thing that I took from this conference was the number of interventions that are actively being pursued to aid in the war against climate change across so many different cities and fields. While I had some idea of the kinds of interventions that are currently underway (e.g. promoting the use of reusable storage bags, use of hybrid cars and/or public transportation, etc.), when thinking about sustainability quality improvement in the healthcare sector, I had not previously considered all the possible interplay between fields other than the recycling industry, which somewhat overlaps with the food industry. When I considered the things that had been discussed with others in the forums as well as in the keynote presentations, I connected that there are many uses for recyclables and plastic waste even beyond my previous considerations (e.g. companies that take the blue wrap, sterilization sleeves, and other plastic packaging that is collected prior to OR cases beginning). Rather than re-using and re-combining recycling materials with virgin materials to produce new
packaging (which is an option), the materials can be used even without virgin materials to create viable home insulation, or durable brick-like material for constructing or repairing walkways or constructing supports for vertical gardens or eco-spaces within cities. The new uses for these materials, even after being previously utilized, are actually both extremely plentiful and diverse. The notes that I took while at this conference about these kinds of options are now directing my thoughts as I continue augmenting a project idea that I had previously proposed, specifically now because it seems that there is a much wider variety of potential than I had considered for how materials could be best managed on collection when I am able to actually implement the “doing” aspect of the project.