Engage with us during two upcoming events

As part of the Think Big planning process, we need your experience, your ideas, and your energy! Please engage with us during these two upcoming events to learn more about integrating the arts and humanities with science, technology, engineering and math.

Date/Time:  Monday, February 25 from 5:30-6:30 p.m.
Location:  Tinkham Veale University Center, Ballroom
Description: This panel discussion will feature four leaders from the academic world with experience integrating the arts and humanities with science, technology, engineering and math. Hear about how other institutions are breaking down silos and how to better understand “Generation Z” in the context of the liberal arts. This forum is open to the public and geared toward Case Western Reserve faculty, staff and students.  An informal follow-up discussion will be held on Friday, March 1. Get to know the panelists below. 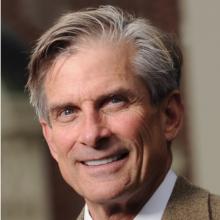 William “Bro” Adams, Senior Fellow, Andrew W. Mellon Foundation
Adams has served as chair of the National Endowment for the Humanities (NEH, 2014-2017), president of Colby College (2000-2014), and president of Bucknell University (1995-2000). His career also includes service at Stanford, Wesleyan and the University of North Carolina at Chapel Hill. During his time at NEH, he launched an initiative called The Common Good, which included among them a public scholar program, next-generation humanities doctoral grants and a humanities communities program. 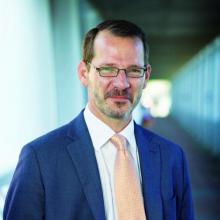 Ian Baucom, Buckner W. Clay Dean of Arts & Sciences, University of Virginia (UVA)
Baucom became dean in Charlottesville in 2014, after spending 17 years on the English faculty of Duke University, including five years as director of the John Hope Franklin Humanities Institute and three years as department chair. His leadership at UVA has included the development and initial launch of the College’s first new undergraduate curriculum in four decades, as well as an ambitious faculty hiring initiative. 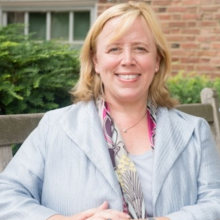 Carolyn Dever, Professor of English, Dartmouth College
Dever served as provost of Dartmouth from 2014-2017 after six years leading the College of Arts and Science at Vanderbilt University. Her time at Vanderbilt included significant focus on undergraduate education and advising, PhD opportunities for students from underrepresented minorities, and faculty diversity. Her emphasis on diversity continued at Dartmouth, with significant initiatives to enhance retention and recruitment. 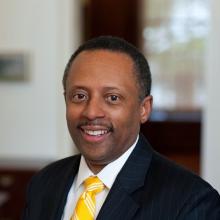 Earl Lewis, Founding Director, Center for Social Solutions, University of Michigan
Lewis, also a professor of history and AfroAmerican Studies in Ann Arbor, served as president of the Andrew W. Mellon Foundation from 2013-2018 and Provost at Emory University from 2004 to 2012. During his time at Emory, Lewis established a major Commission on Liberal Arts at Emory that drew national attention for its work, overhauled undergraduate admissions, and collaborated with other institutions of higher education to launch an online education consortium. While at Mellon, he led the implementation of the foundation’s first strategic plan.

How is it Possible? Integrating Liberal Arts, STEM and Professional Education

Date/Time: Friday, March 1, from 4:30 to 5:30 p.m.
Location: Interactive Commons at the Thwing Center
Description: This Happy Hour (21+) discussion, moderated by Jeremy Bendik-Keymer, Beamer-Schneider Professor in Ethics, will focus on how CWRU can integrate the study of humanity, society, nature, mathematics and professional education. Bring your ideas. We want to hear from you! Light snacks and refreshments will be provided.

We hope to have you at either or both of these events! Again, thank you for participating in this process.