Starting Monday, April 18, individuals using Floors 3 and 4 of think[box] are required to wear masks in accordance with university policy for instructional spaces. Please contact us if you have questions.

An Interview with Nicole Condon-Shih 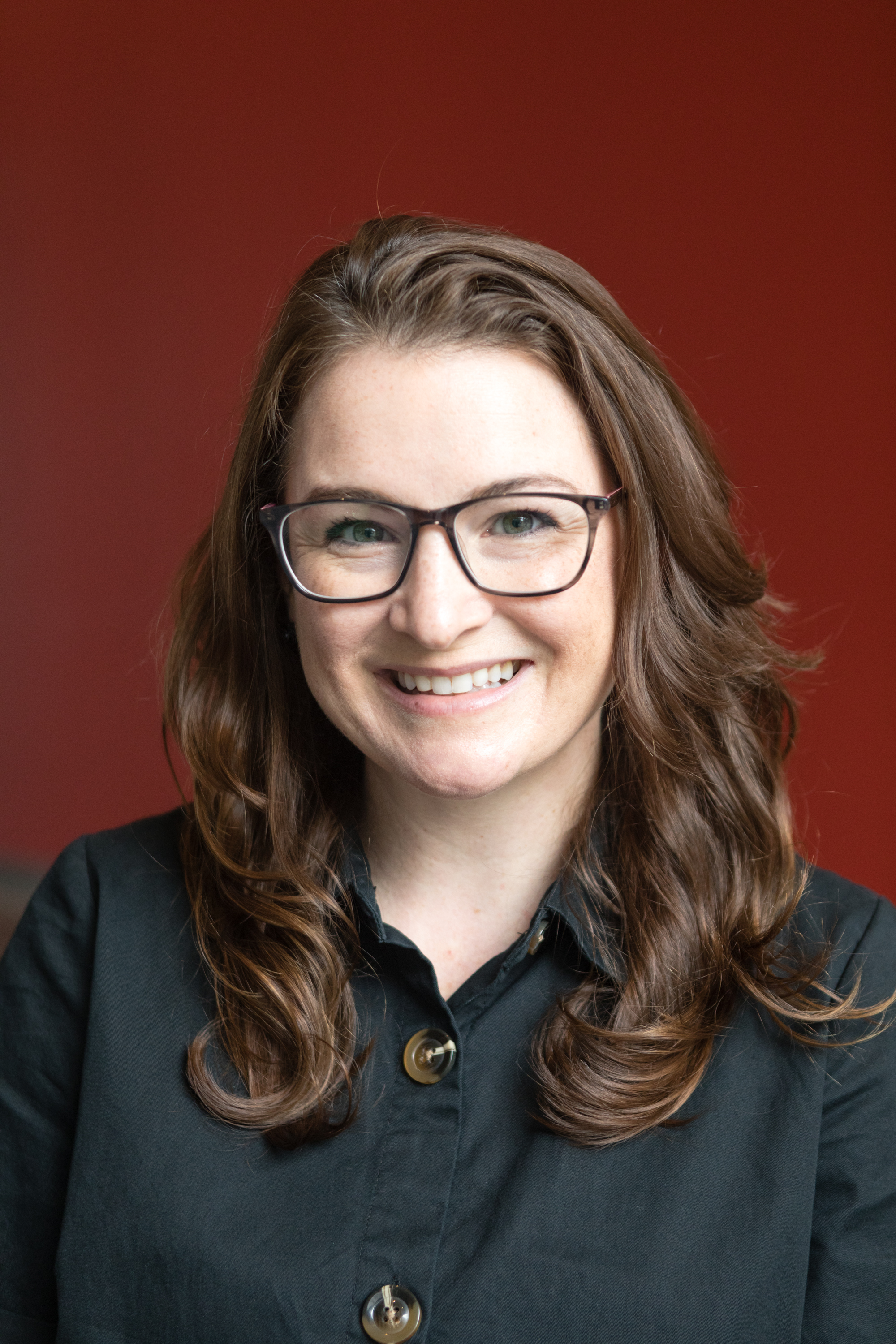 Could you tell us a little bit about yourself and your role at the Cleveland Institute of Art?

I am a research-based interdisciplinary artist. My work is inspired by science and crosses analog and digital processes. I moved to Cleveland about five years ago, and this fall I’m going on my sixth year at the Cleveland Institute of Art (CIA). Before that, I was living in Beijing, China for nearly eight years. I’m starting a new position at CIA today (July 1 2021). I'll be an Associate Professor and Chair of the Foundation Department. I teach across the Foundation drawing and design areas.

When did you discover your passion for art?

Where are you from?

I was born in San Diego, California but I grew up primarily most of my life in upstate New York in Albany, New York.

Where did you go to school?

Cornell University in Ithaca, NY and Hunter College in NYC.

What brought you to Cleveland?

The job at CIA definitely drew me to Cleveland. I had never visited Cleveland before coming for an interview here. Cleveland really stood out. I remember the Chair of the Industrial Design Department at CIA, Professor Dan Cuffaro, gave me a tour of Cleveland. We saw the Cleveland Museum of Art, the Botanical Gardens, University Circle, Playhouse Square, Cleveland Heights, and Little Italy. I like the proximity to downtown and am really interested in all the [Cleveland] MetroParks. Cleveland certainly offers a lot for the size and so I think it seemed like a place that you could participate in many of the things that you're interested in and be actively part of a warm community.

Aside from your role at CIA, what kind of interactions or collaborations have you had with the Cleveland community?

I see my pedagogy as part of my practice a lot of the time, and so I feel like teaching and art making are interwoven. I've done workshops with the [CIA] students through a charette based course. We worked on multiple projects with the community in East Cleveland at the Salvation Army. Last weekend, I did a workshop called “Microscapes” in Akron at the Children's Museum. The crossover between art making and pedagogy finds itself in the community. I’m also an active Board member at Zygote Press and really excited about the upcoming programs that are in the works for this year and next at the open-access printmaking studio, gallery, and residency program.

When did you first discover Sears think[box]?

When I was researching the CIA, I found Sears think[box] on the Case Western Reserve University (CWRU) website. It felt very much like this crossover that was happening between CIA and CWRU, so I found it initially during the interview process online. When I arrived at the CIA five years ago, I would say I was surprised that there wasn’t greater connection or more collaborations happening. I thought, “this is a gem.” I think the first time that I came over [to Sears think[box]] I thought, “Oh, this is incredible. I need to find out how I can be here every day.” I’ve been impressed by the outreach that the Sears think[box] has been doing in the last few years and already see greater collaboration between CIA and CWRU. Ainsley, yourself, and Ruth have been instrumental in building connections and actively pursuing project ideas.

Was there one thing that really stood out to you when you visited?

I think the microscopes [on the prototyping floor] caught my attention just because I use microscopes in my practice and was curious what capabilities these have. But also, what caught my attention at first really was the architecture of the building. When I was first approaching [the building] I could sense the maker space, tech vibe and feeling of an innovation center. I was also completely surprised at how welcoming and helpful the student technicians were!

How does Sears think[box] support your creative practice?

I utilize the laser cutters [for my work]. That would be my primary interest right now. I'm also interested in working with the 3D printers. Before Covid (and hopefully in the future as well), I also enjoyed the community of various different users that I met while working at the think[box]. The casual conversations with CWRU students, community members working on projects, and educators from different parts of Cleveland all contribute to my creative practice and that is unique to what the Sears think[box] offers.

You have a piece here that's installed on our second to third floor staircase. Could you tell us about that?

This piece is called Hidden Estrus. It started with me collecting and viewing [dried] saliva samples on microscope slides. A lot of my work deals with collecting information or field research. In this case I was collecting these samples and looking at them under the microscope.

Hidden Estrus shows the patterns that are apparent as you view them and how the pattern changes throughout the fertility cycle. Where the piece changes from pink to black, the pattern almost looks like a fern, like a plant. It’s revealing how the estrogen levels rise in my saliva and it's crystallizing essentially on the microscope slide. The pink fluorescent plexiglass glows around the edges and exudes a feminine angle. This ongoing research explores facades of fertility in humans and other mammals. Where some mammals display exaggerated physical features during times  of fertility, humans lack highly explicit markers of ovulation. Suppose the invisible is made visible, the concealed is revealed? I’m thinking about what repercussions this could have for human social interactions.

What was it like installing your piece during a pandemic?

I will say I had really helpful assistants at think[box]. Marcus Braithwaite and Ainsley Buckner helped install it. It was a really strange experience because it was the first time I had really been out in public. I hadn't really done anything out or gone anywhere, but then to show up to think[box] and no one's there! I was used to the space buzzing with students and community makers. You know, it was strange but it also felt good to be productive during the pandemic.

Have you collaborated with any other staff on any other projects?

I would say Ainsley is always my main point of contact. I bounce many different ideas off of her. She's always so patient and listens. In terms of collaborations, I bring students over, too.  There's always a different staff member assisting. I remember your staff were on a panel to help students. [The students] were brainstorming different ideas for a spatial drawing installation [that they made] out of tape. They presented the ideas to you.

Yes, I think it was me, Marcus, Ainsley and Ruth. Actually, I forgot about that. That's a nice memory, so thank you for bringing it up.

So you bring your students here for classes as well. Can you tell us about their experiences at Sears think[box]?

Initially, the freshmen are a bit intimidated. They're intimidated, but I have to say I’ve worked out a system with the laser cutters that eases them into the process. In the 3D Design class, I don't start with plexiglass and wood or an expensive piece of material. I start with paper. I usually introduce the laser cutter project in two parts. I have them work with inexpensive paper to practice with the laser cutter and then make their final work in a material of choice. With paper, they really respond well because the results are instant and then they can tweak their designs before moving to their final material. They realize this is not as hard as [they] thought it would be. I think that it's a quick transformation between walking [in] and feeling like they don't know what they should do and being able to do something and take it away that day. I think that's really important.

Do any of your students come back to think[box] as users? Maybe you could tell us a little bit about some of the projects they're working on, if you have any?

They're definitely coming back. For example, when I did this laser project, I had two or three students that had done another project for another class [at think[box]]. I also require them to come back on their own as homework so that they feel like they can do the whole process on their own. I also want them to practice asking for help from the student technicians if needed. We also have students using the 3D printers and I saw them using the photo documentation station as well.

What's your next piece? How can Sears think[box] support it?

I’m working on a project now also with laser cut fluorescent acrylic that is combined with painting and video projection. It's not fully fleshed out, but I’ve become really interested in symbiotic relationships and done a lot of field research this summer gathering samples and information about lichen. I've been doing many drawings, video projections, and made several laser cut tests. I also plan on testing out some of my ideas using the 3D printer. I haven't fully fleshed out the ideas, but with every project I work on, I like to learn something new. I’ve signed up for the 3D Modeling and Virtual Reality workshop at the think[box] next month and wonder how that might influence the direction of my current work.