Student research in the humanities and social sciences 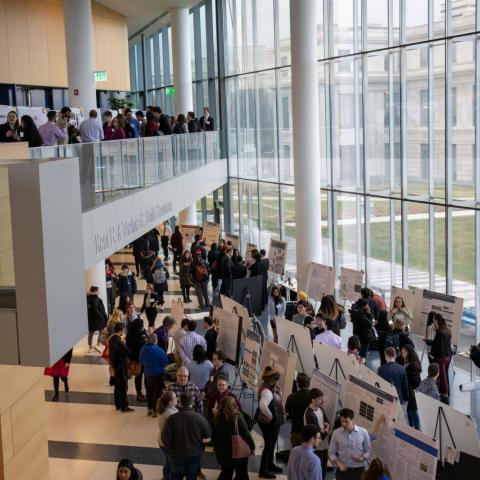 Research is ubiquitous on the Case Western Reserve University campus. CWRU undergrads discuss the intricacies of a systematic literature review over lunch. They share their findings all over—at conferences, in peer-reviewed journals and, three times per year, at the university-wide undergraduate research symposium, Intersections.

More than 150 undergraduates presented at Intersections this winter. Among them:

Yoga and Video Games: The Engagement & Tension of the Empathic and Analytic Neural Networks
Findings: An increased awareness of one’s own emotions—cultivated through the practice of yoga—results in an improved ability to identify emotional states in others, while strictly engaging the analytic network through video games suppresses the ability to identify and understand the emotional states of others.

Risk and Resilience: A Framework for Child Migration
Findings: By perceiving child migrants as passive victims of adults’ migratory decisions, countries deny them the ability to exhibit resilience and disempower them from creating new homes.

The Application of Cognitive-Experiential Self-Theory to Dentists’ Decision-Making Regarding Opioid Prescriptions
Findings: Patient expectations of prescriptions and demographic differences between patient and dentist influence dentists to use emotionally driven decision-making, rather than a logical decision-making, when prescribing opioid medication.