This weekend: Play video games made by CWRU engineering students and grads 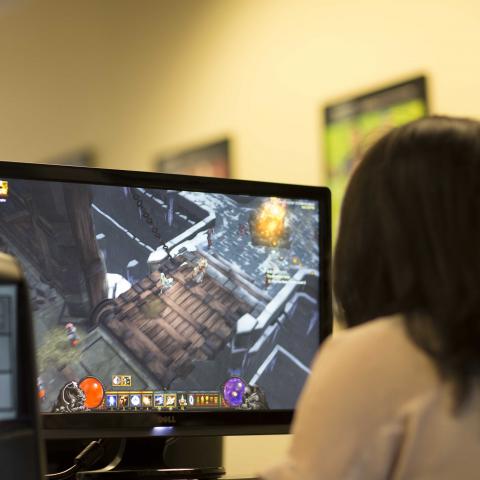 At Case Western Reserve University, our students (and alumni!) work hard. But they know how to unwind when the time comes—kicking back with friends and playing video games created by engineers and developers with roots at CWRU.

Starting Friday, October 22 at 6 a.m. Eastern through Sunday, October 24
Play original video games developed by CWRU students over the past five years in the Kevin Kranzusch Gaming, Simulation, and Visualization Lab. You’ll have access to the Case Gaming Library, curated by the CWRU ESports team.
The Kevin Kranzusch Gaming, Simulation and Visualization Lab is home to 20 Alienware PCs with Nvidia 1080GTX GPUs; an Oculus Rift and HoloLens development room; and an iOS and Android mobile App development room. The lab is used for classes, personal projects and by the Case Esports Club, which is open to casual and competitive gamers.
Register to take part in the action

More Than A Game: How Case Uses Computer Gaming For Meaningful Fun