Clinicals that are early, often and at some of the best hospitals anywhere 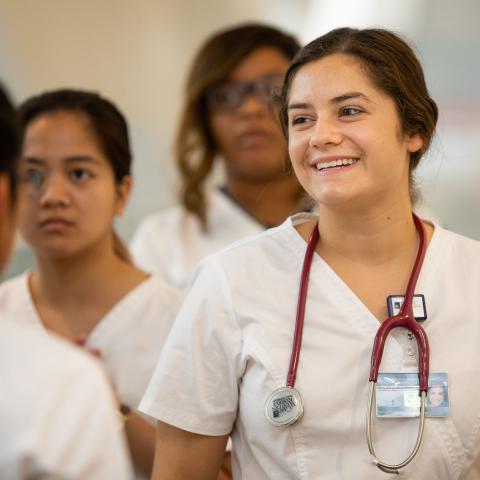 CWRU nurses clock more than 1,300 hours of clinical experience. That’s double the national average. And they start clinicals just three weeks into their first semester. What’s more is that the magic happens when our students practice in one of the nation’s most advanced medical communities, right here in Cleveland’s University Circle.

Practice. Because that’s where health care preparation and leadership begins.