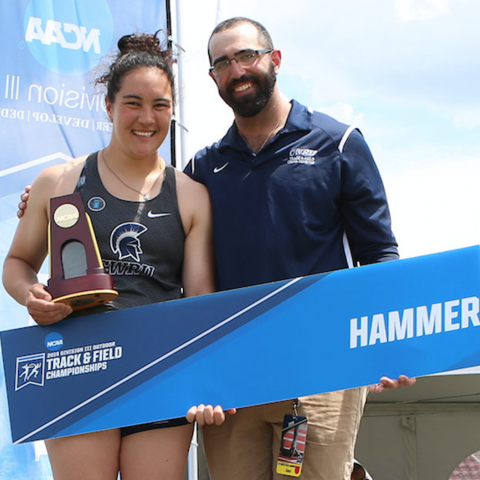 At Case Western Reserve University, our student athletes aim high. And some of them throw extraordinarily far.

Cassandra Laios, who graduated in May, is a three-time CWRU record holder in the hammer throw—a 2,000-year-old sport that will make your head spin. Literally.

Competing in the final collegiate event of her career, she became the 2019 NCAA Division III Women’s Outdoor Track and Field champion with a 56.34-meter toss. That’s more than 61 yards!

And she also holds records in the shot put and discus.

Whether you aim to be an athlete, an avid fan or an occasional spectator, it’s great fun to take part in Spartan athletics. And as a student, if you aim high, we can help you go far.