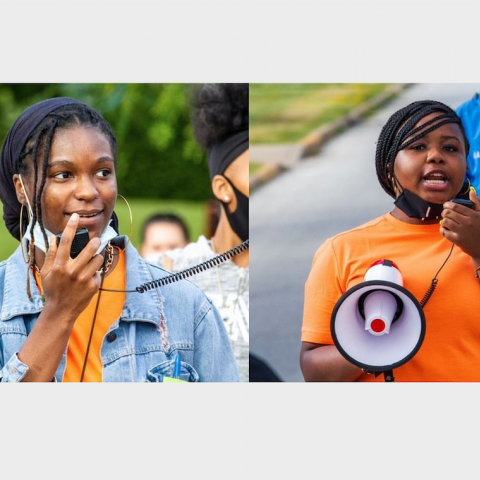 Earlier this year, when protests were held across the country to challenge systemic racism, Case Western Reserve University seniors Aliah Lawson and Anaiya Manuel were inspired to organize their own 250-participant peaceful protest in Cleveland suburb University Heights, Lawson’s hometown.

Read more about their work.

Today, they each remain active in conversations surrounding racial justice, both on and off campus.

Aliah
“I want to make sure that, even if it’s small, we do work that’ll change how our lives are here on campus and in the surrounding community.”

“Many of the people [at CWRU] have taught me lessons that I’ll remember for the rest of my life.”

Ready to take the lead?