The Flow Physics and Imaging Laboratory is dedicated to answering fundamental questions about the physics of turbulent fluid flows, primarily by employing advanced imaging diagnostics. We are interested in flows over a wide range of Mach numbers, from subsonic to hypersonic, and over a wide range of spatial scales, from microscopic flows to planetary atmospheric flows. We apply a wide range of imaging tools and techniques, including high-speed and background-oriented schlieren visualization, stereoscopic PIV, and laser-induced fluorescence, just to name a few.

On the image processing side of things, we apply wavelet and spectral analysis, principal component analysis, optical flow velocimetry, and other methods to extract meaningful quantitative and qualitative information from our experimental images to deepen our understanding of all sorts of interesting flow phenomena. 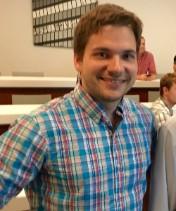 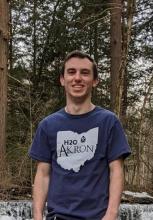 Joshua Smith is a second-year PhD candidate in Mechanical Engineering. He received his MS from Miami University where he studied thermal panel buckling under hypersonic conditions. Prior to CWRU, Joshua spent several years in industry in Akron performing thermal-fluid analysis for various mechanical systems. He has interest in research pertaining to computational fluid dynamics (CFD) simulation of supersonic, multi-phase, and/or combusting flows. Outside of engineering, Joshua is active in his church and enjoys playing guitar, attending trivia nights, and biking. 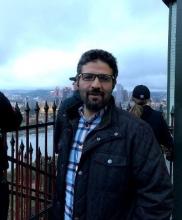 Abdul is a third-year PhD student in Mechanical Engineering. He received his MS from the University of Toledo, and his research interests include flow visualization with background oriented schlieren imaging. Outside of academics and research he enjoys water sports including swimming and scuba diving. Abdul has been practicing scuba diving since 2014, and is a certified master scuba diver. 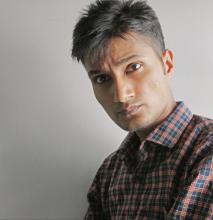 Gauresh is a second-year Ph.D. candidate in Aerospace Engineering at Case. As a kid growing up in India, he got so annoyed with insects and birds that he vowed to take revenge on them by mastering their gift of flight. This vow combined with his proclivity for 'playing' with things led him to spend his undergrad years studying Aerospace Engineering in China, where his interest in flight translated into an obsession with Fluid Dynamics, which has now become his Paradise Lost. His interests include everything pertaining to the flow of quantities, but he has a very strong interest in Turbulence, which he hopes to tame. He enjoys cooking a very restrictive personal cuisine based on his annoying nitpicky eating habits, playing acoustic guitar, writing short stories, learning new cool math, building things, freaking himself out over irrelevant philosophical issues, and being outdoorsy when he's in the mood. 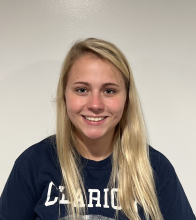 Abbeigh Schroeder is a first year Ph.D. student in Aerospace Engineering.  She has spent the entirety of her life residing in small town Pennsylvania.  While her permanent residence was in DuBois, a mere 40 minute drive away is the Clarion University of Pennsylvania; from which she received her B.S. in Physics.  In undergraduate, Abbeigh had a role-model Astrophysics professor who received their Ph.D. from Case Western Reserve University. Abbeigh took after her professor’s love for Astrophysics, and even was the professor’s planetarium assistant.  At Case, Abbeigh is developing a background oriented schlieren (BOS) method using wavelets based optical flow analysis (wOFA) to help visualize the flow fields in aerosol-generating procedures.  In her free time, Abbeigh enjoys playing Minecraft with her friends or playing with her dog "Yaya." 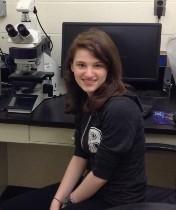 Chloe Kenet is a BS/MS Aerospace Engineering and Mechanical Engineering student. Born and raised in New York City, she grew up loving space, rockets, and airplanes. She spends her free time working as the Design Lead for the Case Aeronautics Team, an experimental remote control aircraft design team that competes internationally. She loves all things pertaining to flight, particularly high speed propulsion. She hopes to continue studying high speed aerodynamics throughout her academic and professional career.

Alexander Savadelis is a MS Aerospace Engineering student. He gravitated towards the fluid side of the field, finding it interesting as well as aesthetically pleasing. He grew up building and painting miniatures, taking apart old appliances, loving space and general science, and just having fun. He is excited to be working in the flow physics and imaging lab. Outside of academia he enjoys tabletop games, watching movies, playing guitar, grilling on a nice day, and spending time with friends. 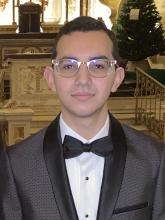 Vincent Russo is a BS/MS Aerospace Engineering and Mechanical Engineering student. Vincent was born and raised in Staten Island, New York. From an early age, Vincent has been heavily interested in the fields of STEM, particularly aircraft as well as how things worked in general. This lead to him developing an interest in aerodynamics and by extension, fluid mechanics. Vincent's current research focuses on projectile water entry phenomena, mainly surface seal cavities and cavitation effects. Vincent hopes to pursue a career in the aerospace industry for the design of aircraft and other vehicles. In his spare time, Vincent is an active member of the Case Aeronautics Team, and his hobbies include spending time with friends and family and playing video games. 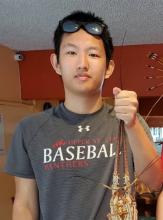 Aochen Zhang is a third year Aerospace Engineering and Mechanical Engineering student from Pittsburgh, Pennsylvania. Growing up, Aochen was interested in airplanes, automobiles, and just about anything that moved. During his time at CWRU, Aochen developed an interest in Fluids and Thermodynamics. In his free time, Aochen plays for the CWRU club ice hockey team and enjoys participating in a wide variety of sports and activities. In the future, Aochen hopes to pursue a career in aerodynamics. 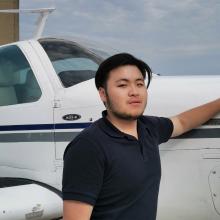 Max is a third year Aerospace and Mechanical engineering student from Beijing, China. Receiving an early influence from his engineer grandparents, Max maintained a strong enthusiasm in machinery and everything aerospace. This resulted in his interest in studying the fundamental sciences behind flight. Benefiting from his experience in photography, Max has been focusing on imaging devices and their applications in fluid research. Holding a private pilot's license and an instrument rating, Max spends some of his free time flying while pursuing a commercial rating. Also worth mentioning, after a winter of pure dedication and hard work, Max learned how to finger snap, although he still couldn't whistle.

Will Stenta is a second-year Mechanical and Aerospace Engineering undergraduate student from Southern California. Will’s interest in engineering stems largely from his grandfather, a former Disney ‘imagineer,’ who helped him learn to problem-solve in various engineering projects throughout his childhood. In his free time, Will enjoys working on the CWRU Baja SAE car, watching or playing sports, and enjoying food with his friends and family. Will reinforced his interest in Thermodynamics during his remote semesters at CWRU, and has developed an interest in Computational Fluid Dynamics. He hopes to pursue a career in aerodynamics analysis particularly for outer space or competitive motorsports applications. 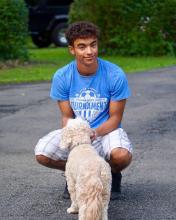 David Walker is a third year Aerospace and Mechanical Engineering student from Yellow Springs, Ohio. Growing up near Dayton and Wright-Patterson Air Force Base, the legacy and impact of the Wright Brothers directly motivated David’s early interest in flight. When combined with his fascination with space, he found himself itching to learn more about the field of aerospace. At CWRU, David is an active member of the Case Rocket Team, works on various engineering projects, plays a variety of sports, and enjoys watching and discussing film with his friends. After graduation, he plans to pursue a career in propulsion engineering.

Please contact Prof. Schmidt via email with any inquiries about the lab at bryan.e.schmidt@case.edu.