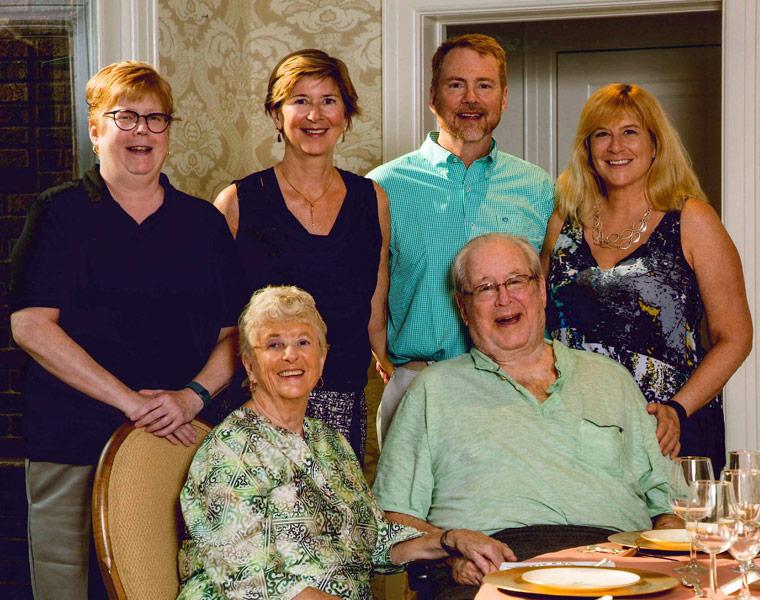 Ann Brennan, wife of the late David L. Brennan, a 1958 alumnus of the university’s School of Law, made the commitment in honor of her husband and President Snyder, who is concluding her 13-year tenure at the university. It will support annual scholarships for law students who demonstrate financial need and exemplify outstanding leadership potential.

“The Brennans have been among the most generous philanthropic supporters of our law school,” said CWRU School of Law Co-Dean Michael Scharf. “First with their gift of a chaired professorship in 1985 and now with these endowed full scholarships, they have enabled us to attract and retain some of the best and the brightest faculty and students.”

For the Brennans, who have developed a reputation for providing opportunities to students of all ages, Case Western Reserve has always held a special place in their hearts.

“David was extremely grateful for the opportunity to go to Case Western Reserve,” Brennan said. “He had been attending night classes at the University of Akron while working a day job to cover expenses.” Realizing his studies required more of his focus, he applied to Case Western Reserve and borrowed the $800 tuition from his mother.

“Of course, when he attended,” Brennan added, “tuition wasn’t quite the barrier it can be to so many today. But David always believed that money shouldn’t stand in the way of a person getting ahead.”

Known for his white Stetson cowboy hat, David was a successful lawyer, entrepreneur, businessman and real estate developer. He was also a philanthropist, patron of the arts and community investor with a special passion for education. Ann and David were married following his graduation from CWRU and a week after passing the bar exam. She later became a lawyer, community activist and Foundation Chair.

Throughout their lives, the Brennans have worked for and contributed to the advancement of young Ohioans. From their first pledge in 1968—to the Junior League Safe Landing Youth Shelter in Akron—to the gift announced today, Ann Brennan’s reason for giving is clear: “You hope to have an impact.”

“Impact” was also a word she used to describe President Snyder, who leaves this fall to lead the Association of American Universities, the organization that represents the country’s leading research universities.

“Barbara Snyder has been such an impressive leader of Case Western Reserve University,” Brennan said. “She’s smart, innovative and, frankly, a lot of fun. Her vision and leadership, and her message of hope and gratitude have been inspiring and helped transform the university.”

“Ann partnered with David throughout his life in his vision and together they worked to improve the world, most notably through education,” said Co-Dean Jessica Berg. “We are truly grateful to Ann for this incredible gift to the law school.”

For more information on the scholarship campaign, or to make a commitment in President Snyder’s honor, visit case.edu/give/president.