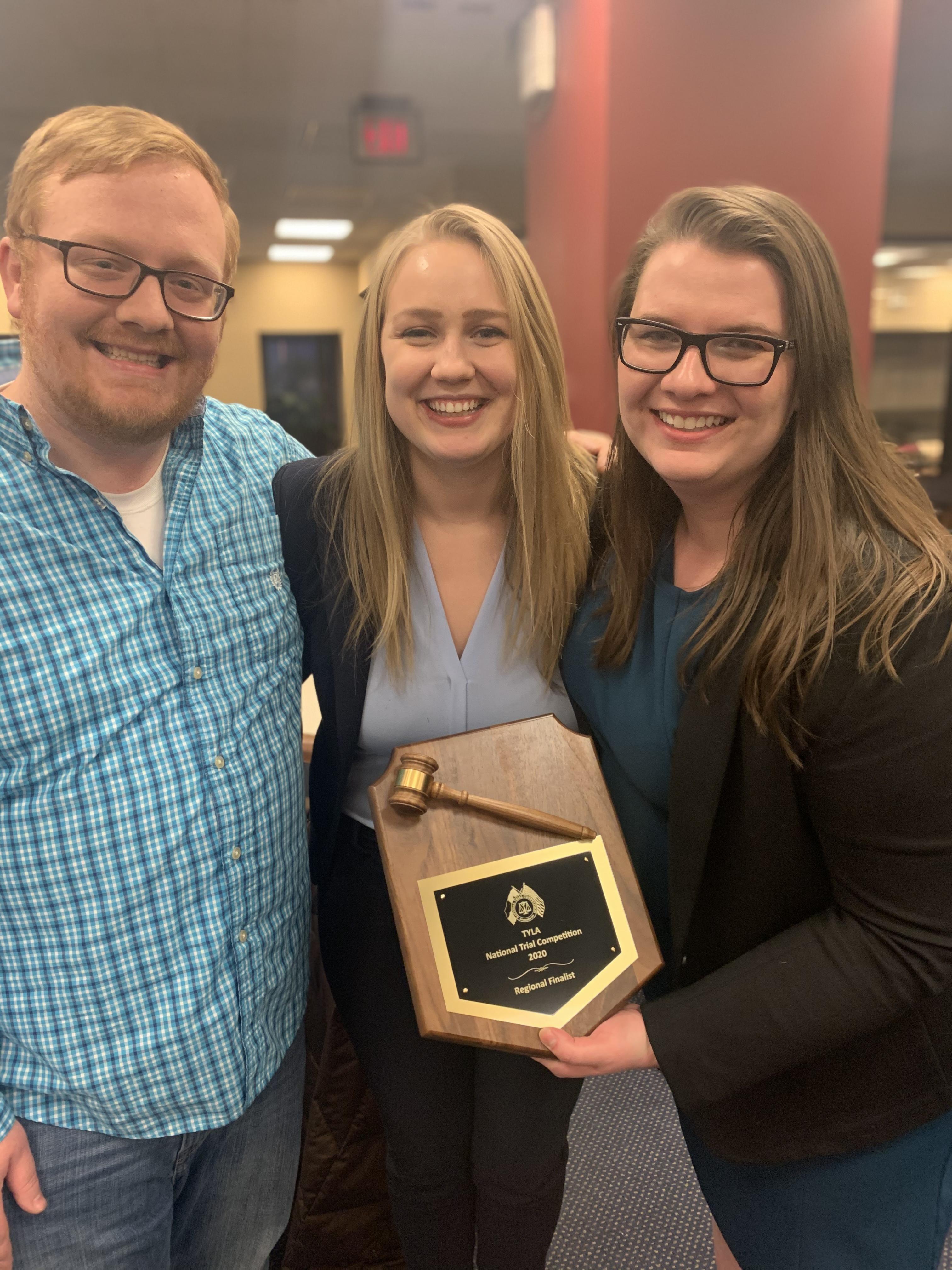 After competing in five rounds at the regional competition, the Jonathan M. Ault Mock Trial Team will advance to the National Championship in the Texas Young Lawyers Association National Trial Competition for the second time in the past four years.

Case Western hosted this year's regional competition at the Justice Center in downtown Cleveland from February 28 - March 1, 2020. Two teams from the law school participated, as well as 20 other teams from 10 additional law schools in Ohio, Michigan and Indiana.

Demari Muff, Grace Saalman, and Haley Gold competed together, while Alayna Bridgett and Sophia Hulen formed the second team. The team was coached by Sean Sweeney.

Bridgett and Hulen advanced to the final round, and were declared Regional Champions. They will next compete April 1-4, 2020 at the National Competition in Fort Worth, Texas.