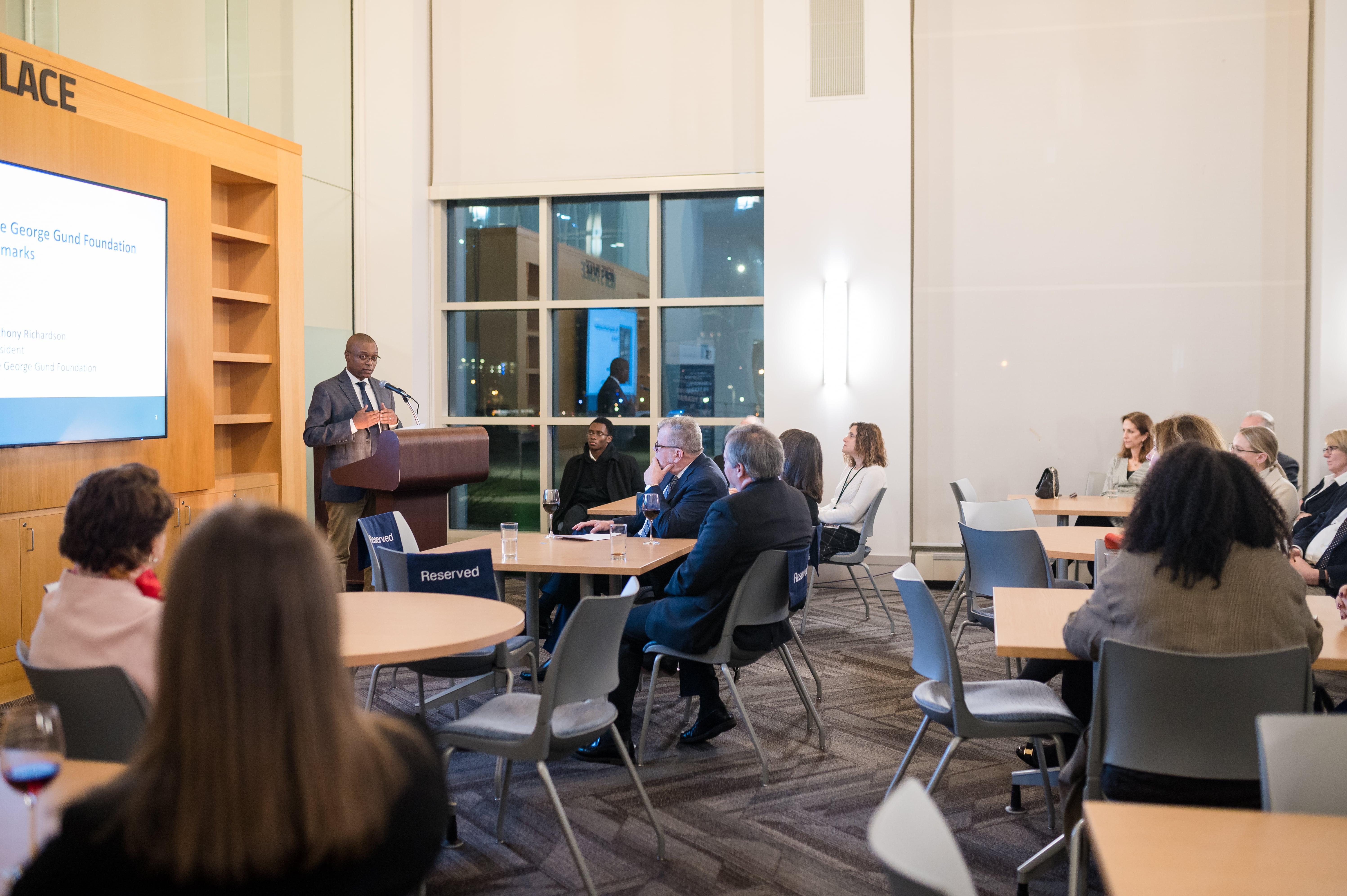 The Gund donation enabled the law school to move from a cramped home adjacent to a morgue to a state-of-the-art building surrounded by the cultural treasures of Cleveland. Twenty years after the original dedication, the Gund Foundation endowed the Cox International Law Center, which is now ranked in the top ten in the nation.

In remarks entitled “Then and Now,” Dean Scharf compared things in 1972 to the present:

The law school would like to extend our warm thanks to the Gund Foundation as well as our alumni, faculty, staff and students who joined us for the rededication.