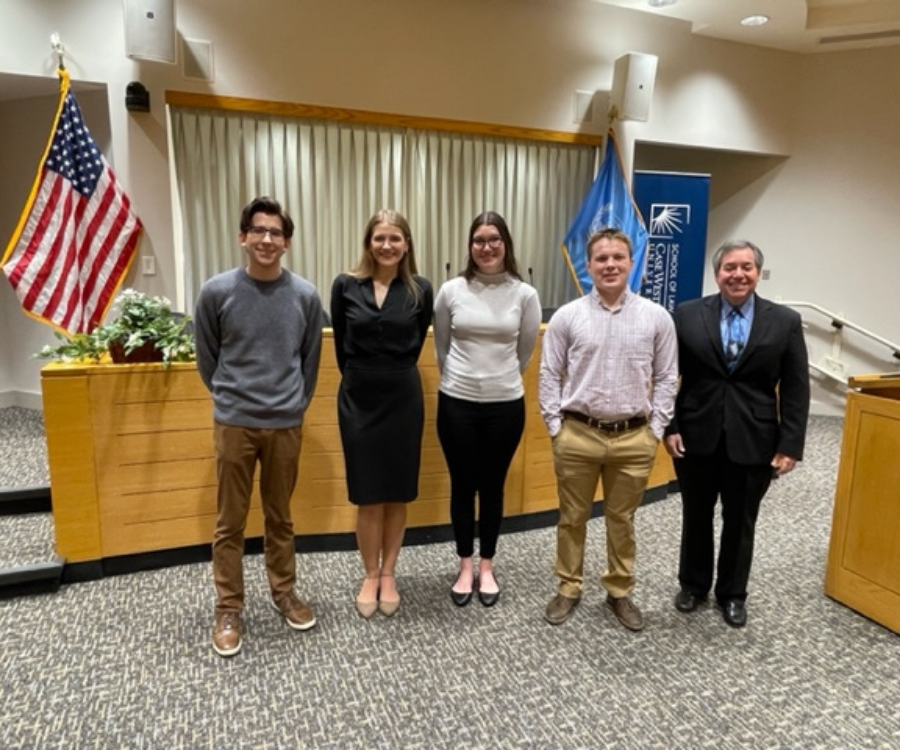 Because of the virtual format due to the pandemic, this is the second year in which there was a virtual National Jessup Competition rather than six in-person U.S. Regionals. That meant CWRU competed against nearly 100 schools for the national championship rather than the customary 24 in the Midwest region.

In its first knock-out round on Friday evening, the CWRU team beat the No. 1 seed in the competition, Columbia Law School, in the round of 32. Columbia was the last American team to reach the Jessup World Championship Final Round in 2019, and CWRU was the last American team to win the World Championship in 2008, so it was an epic battle of Jessup powerhouses.

By winning that round, CWRU earned a berth in the White and Case International Rounds later in the month.

On Saturday morning, the CWRU team went on to defeat the No. 2 seed, Arizona State, in the Sweet 16 round. Then on Saturday evening, CWRU beat No. 3 seed George Washington in the Elite Eight. And in the Final Four, CWRU lost a close round to No. 4 seed Harvard Law School. Harvard ended up winning the national title by defeating University of Georgia in the finals on Sunday evening.

The CWRU team will begin its quest for a second CWRU Jessup World Championship when the International Rounds begin on March 25.

The team is coached by Co-Dean Michael Scharf and former CWRU Jessup champion Liz Safier (LAW ‘21), an associate at Squire Patton Boggs. Ripped from the headlines, this year's Jessup problem concerns a cross-border cyber misinformation campaign intended to influence the outcome of a referendum.

Established in 1960, the Philip C. Jessup International Law Moot Court Competition is the oldest and largest international moot court competition.  Over 700 schools participate from more than 100 countries. Teams of law students compete against one another through the presentation of oral and written pleadings to address timely issues of public international law in the context of a hypothetical legal dispute between nations before the International Court of Justice.